The Norwegian Kenneth Bergh may be a somewhat new name to the world of MMA fighting. Regardless, his extreme strength, calculated technique, and opportunistic fighting style has established him as a force to be reckoned with in his pursuit of the UFC. Today a short documentary about Bergh is released by Zlatan’s brand A-Z Sportswear. It’s an introspective look into the psyche of an athlete with a razor sharp mental game and a relentless commitment to mastering mind and body. 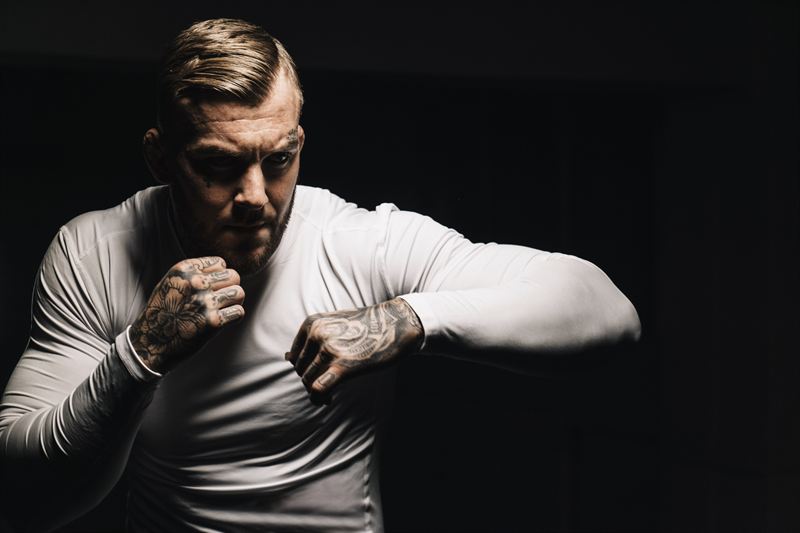 Kenneth Bergh is the Norwegian MMA fighter working his way toward the UFC. Bergh made a name for himself last year when he, in the biggest win of his career, beat veteran Brett McDermott at Clash of the Titans and then later Ross Cooper in Cage Warriors. Bergh has been said to be the perfect blend of physical strength, mental determination, and a cultivated and elegant technique, rare for a fighter of his stature. He is currently undefeated, holding a 5-0 record, and forecasters are envisioning him as one of the next big-league MMA fighters to come out of the Nordics.

Bergh started out with thai boxing as a 13 year old. A couple of years later he was introduced to MMA and the appeal of the sport was instant:

”In MMA the possibilities are endless. In between every move and every technique, there are several more techniques and an infinite number of combinations. For someone who is a bit obsessed with skill - you can’t get enough, I was hooked.”

Bergh is now featured in a short documentary produced by A-Z Sportswear. It's an introspective look into the psyche of an athlete with a razor sharp mental game and a relentless commitment to mastering mind and body. Physical strength comes from putting the hours in - but it's mental strength that makes a world champion.

”Kenneth is a great example of how physical strength isn’t everything for an athlete. Like he says: ’To be the best you have to work on your mind just as hard as you work on your physical abilities’ for a man of his build I think that says quite a lot. The outcome of anything you set your mind to comes down to the mental strength and determination you have to carry you there.”

The documentary is now available exclusively at a-z.com and will drop on YouTube on March 6th. For any press related enquires or interview requests with Kenneth Bergh or A-Z contact ylva@borglundell.se. For a Q&A with Bergh see the attached PDF and for all press material visit http://bit.ly/2mIAi3E.