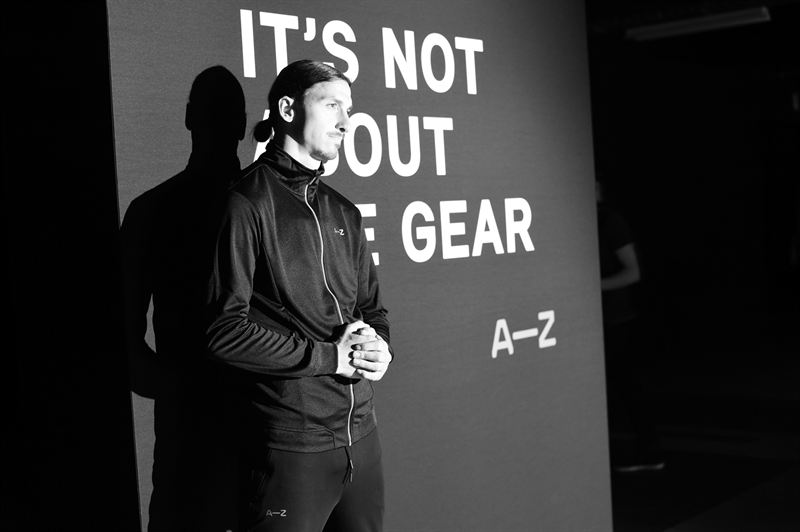 Today, Zlatan has launched his new sportswear brand A-Z with a big event and press conference in Paris. The launch was live streamed and millions of fans tuned in on Facebook.

The launch was attended by 300+ guests, including press from all over the globe. A big part of the guest list was comprised of Zlatan’s french fans - who were seated on the front row next to Zlatan’s A-Z business partner, Petter Varner, and his family.

The first ever A-Z collection was unveiled with an explosive choreographed show. Zlatan said thank you to attending guests and to the fans tuning in to the Facebook live stream. He then introduced the A-Z Inner Voice film - a film he stated being very proud of. He then introduced the brand with a Q&A in traditional Zlatan fashion:

”We will take over. Trust me. We won’t give up until we take over.” - Zlatan Ibrahimovic

The full collection is now launched and available for purchase at a-z.com.

For any press inquires please contact Borg & Lundell at: a-z@borglundell.se.

A–Z is the result of a joint venture of Swedish football genius Zlatan Ibrahimovic and Petter Varner, head of the Norwegian clothing giant Varner. History is full of chance meetings and unexpected partnerships that have enriched our world. Our goal is to make A–Z one of them.