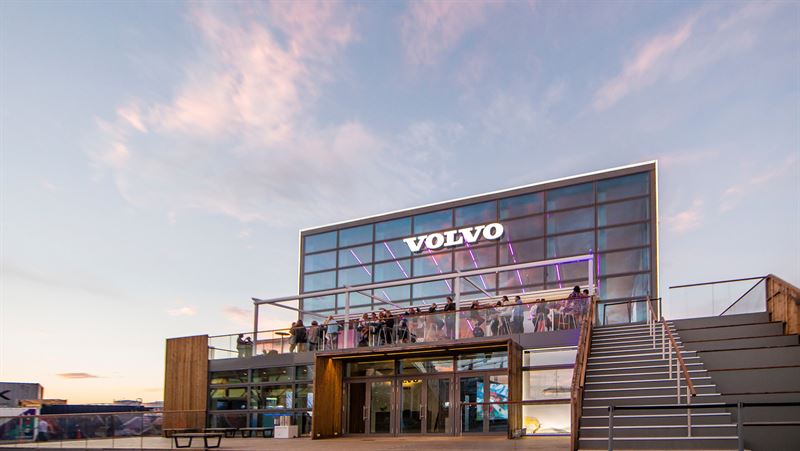 Aiming to tackle one of boating’s most stressful maneuvers – docking – Volvo Penta has revealed an advanced self-docking solution, targeted for launch in 2020.The Volvo Penta launch is the latest example of the rapid technical development in the field of automation within the Volvo Group.

The Volvo Group has been carrying out research into autonomous vehicles and the transport systems of the future for several years. The group has produced a number of examples of self-driving concept vehicles for use in restricted areas, such as mines and ports.

Volvo Penta’s self-docking solution represents another step forward in the development process for the group.

The Gothenburg, Sweden, stopover of the Volvo Ocean race was the scene for the unveiling of what could be the most sought-after system in modern boating – Volvo Penta’s self-docking system. In a live demonstration, a 68 ft yacht fitted with the technology skillfully maneuvered itself into the tightest of spaces between two of the Volvo Ocean Race 65 racing yachts.

“Docking is one of the most challenging boat handling maneuvers – getting it wrong can be embarrassing, expensive and precarious,” says Björn Ingemanson, President of Volvo Penta. “Our IPS system has already taken great strides in making docking easier, and this new self-docking feature takes that process one important stage further. Its sensors and onboard computers react in milliseconds to changing wind and sea conditions, constantly making micro adjustments in power and steering angle of the IPS drive to keep the boat on its intended course into a safe berth. If necessary, the docking process can be paused, and the system will hold the boat stationary in the water. Even in changing sea conditions it can make the sea appear to stand still.”

Safety is a primary factor in the ongoing development of the feature and, as with similar ‘self-parking’ technology in the automotive world, Volvo Penta’s docking system is not designed to be fully autonomous. While the system will also feature surround sensors that provide anti-collision alert and avoidance, the captain needs to remain at the helm during the docking process, ready to intervene if necessary.

Here are a few other examples of the Volvo Group’s activities in the field of automation.

For more information about Volvo Group autonomous solutions please contact: Joakim Kenndal at joakim.kenndal@volvo.com or on +46 31-323 72 29.