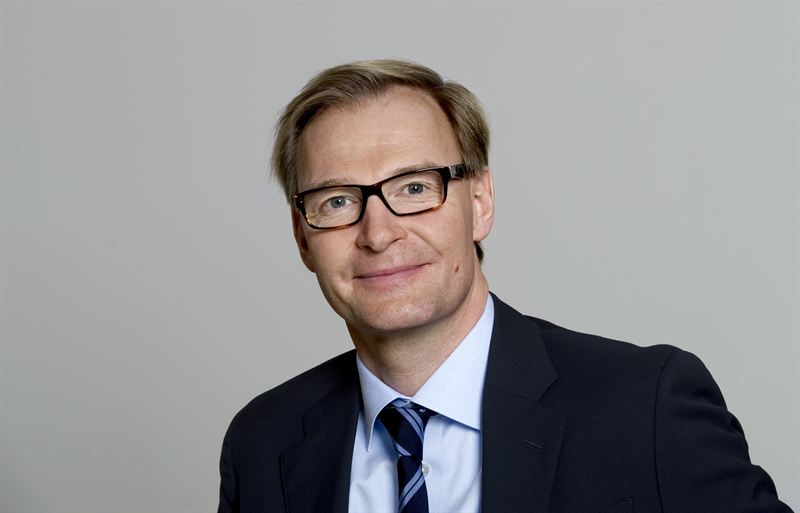 AB Volvo has signed an agreement with the Chinese vehicle manufacturer Dongfeng Motor Group Company Limited (DFG) to acquire 45% of a new subsidiary of DFG, Dongfeng Commercial Vehicles (DFCV), which will include the major part of DFG’s medium- and heavy-duty commercial vehicles business. At completion of the transaction, the Volvo Group will become the world’s largest manufacturer of heavy-duty trucks.
“This is a very exciting venture that will combine the best of two worlds, strengthening the positions of the Volvo Group and Dongfeng and offering excellent opportunities to both parties,” says Volvo’s President and CEO Olof Persson. “Combining Dongfeng’s strong domestic position and know-how with the Volvo Group’s technological expertise and global presence will offer DFCV excellent potential for growth and profitability in and outside China.”Completion of the transaction is subject to certain conditions, including the approval of relevant anti-trust agencies and Chinese authorities. The purchase consideration amounts to RMB 5.6 billion. The ambition is to complete the transaction as soon as possible and completion is expected to take place within approximately 12 months from today.

The transaction with DFG follows the recent agreement between DFG and Nissan Motors, in which DFG purchased the medium- and heavy-duty commercial vehicle operation from the joint venture DFL (owned jointly by DFG and Nissan Motors). The major part of the re-purchased commercial vehicle operation will be included in the new company, Dongfeng Commercial Vehicles (DFCV). According to the agreement between DFG and Volvo, Volvo will acquire 45% of Dongfeng Commercial Vehicles for a total amount of RMB 5.6 billion, subject to adjustments, to be paid on closure of the transaction. Payment of the purchase price will increase Volvo’s net debt by approximately SEK 6 billion.

“We are pursuing a clear strategy to achieve our vision of becoming the world leader in sustainable transport solutions,” says Olof Persson. “With this agreement in place, we take a crucial step toward reaching a number of our key strategic objectives such as size and growth in Asia.”

“China is the world’s largest truck market with a total market for heavy trucks equivalent to the European and North American markets combined,” says Olof Persson. “The partnership between the Volvo Group and DFG will strengthen DFCV’s already strong position in China and provide the company with the right conditions for successful international expansion.”

The partnership with DFG not only provides the Volvo Group with ownership in the largest heavy-duty and medium-duty truck manufacturer in China, but also offers excellent opportunities to achieve economies of scale in terms of sourcing, development and production for the Group’s truck operations. There are a number of areas in which cooperation is planned between DFCV and Volvo, such as engines and powertrain components, product platforms and purchasing.

“In Dongfeng, we have a partner that we know well, having worked together for several years, and with a management team and a product range that we really appreciate,” says Olof Persson, Volvo President and CEO. “Joining forces will provide clear benefits for both parties and the right conditions to develop DFCV into a competitive and successful international truck manufacturer with healthy profitability.”

“This partnership will enable us to significantly strengthen the Group’s position, both in and outside China,” says Olof Persson. “With DFG as a partner, we can improve our position in the increasingly important Chinese market and become more internationally competitive by virtue of the Chinese volumes.”

The DFCV management team will consist of eight members, with Volvo nominating four of the eight members and Dongfeng the remaining four. Dongfeng will nominate the company’s Managing Director, while Volvo will be responsible for nominating the Chief Financial Officer. The Board of DFCV will comprise seven board members and it has been agreed that the Volvo Group will account for three places and DFG four.

The transaction is subject to certain conditions, including approval of relevant authorities. The ambition is to complete the transaction as soon as possible and completion is expected to take place within approximately 12 months from today.

Information about press conference and webcast:

There will be a press conference in Beijing hosted by the Volvo Group and Dongfeng Motor Group Company Limited followed by a webcast with Volvo management. The press conference is today at 11.00 a.m. Chinese time (3.00 a.m. CET) at the InterContinental Beijing Beichen Hotel.

At 11.00 a.m. CET the Volvo Group will hold a webcast with Olof Persson, President and CEO of the Volvo Group. To view the webcast and down load the presentation material, please visit www.volvogroup.com/investors. You can also dial in using the following numbers:

For more stories from the Volvo Group, please visit http://www.volvogroup.com/globalnews.

The Volvo Group is one of the world’s leading manufacturers of trucks, buses and construction equipment, and drive systems for marine and industrial applications. The Group also provides complete solutions for financing and service. The Volvo Group, which employs about 115,000 people, has production facilities in 20 countries and sells its products in more than 190 markets. In 2011, annual sales of the Volvo Group amounted to about SEK 310 billion. The Volvo Group is a publicly-held company headquartered in Göteborg, Sweden. Volvo shares are listed on OMX Nordic Exchange Stockholm. For more information, please visit www.volvogroup.com or www.volvogroup.mobi if you are using your mobile phone.

AB Volvo (publ) is required to disclose the information provided herein pursuant to the Securities Markets Act and/or the Financial Instruments Trading Act. The information was submitted for publication at 02:30 a.m. on January 26, 2013.