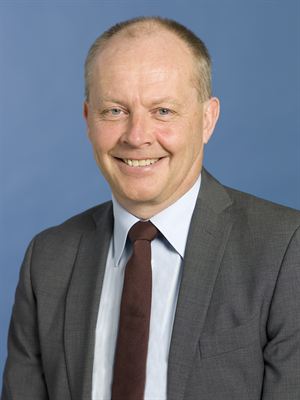 “A truck that will carry us far into the future.” That is how Claes Nilsson, President of Volvo Trucks, summarises the new versions of the Volvo FH and Volvo FH16 that will be released shortly.

On Wednesday September 5, Volvo Trucks will launch new versions of the best-selling Volvo FH and the prestigious Volvo FH16 (see the film on www.youtube.com/VolvoTrucks).
“For almost two decades, the Volvo FH Series has provided haulage companies with safety, efficient transport and high quality. With our new replacements, we are going to be even better in all three areas,” says Claes Nilsson, President Volvo Truck Corporation.

Never before has Volvo conducted so many tests among drivers and haulage firms with the aim of ensuring that the new model meets the highest requirements. The result is a product that not only meets today’s needs, it also offers properties that nobody has previously experienced in a truck.
“It really is our customers who have influenced the end-product, and I’m convinced that we’re setting a new benchmark for the entire truck industry,” says Claes Nilsson.

One prioritised goal in the development process was to create a truck with the market’s best handling. Several structural improvements give the new Volvo FH series a stable and flexible design, something that can be seen in a film entitled “The Ballerina Stunt” on www.volvotrucks.com/fh where slackline walker Faith Dickey walks the tightrope between two trucks travelling at 80 km/h.
“We’ve surpassed our expectations. The Volvo FH is more like a car than a truck when it comes to precise response and confidence-inspiring directional stability,” says Martin Palming, Product Manager at Volvo Trucks.

With the new Volvo FH series comes a new Individual Front Suspension (IFS) system for heavy trucks with left-hand drive.
“The Volvo FH without IFS will be number one on the market, but IFS is all set to revolutionise handling in the truck world. The Volvo FH with IFS will have the world’s best road manners,” says Martin Palming.

Individual front suspension means that each front wheel is suspended separately from the other so it does not affect the movement of the other wheel. Since both front wheels move individually, the result is gentler, more settled progress on the road. Thanks to the fact that movements are not transmitted from one wheel to the other, the sense of precision and control also increases.

The world premiere and official launch of the Volvo FH Series will be held on September 5 at 21.00 CET in Gothenburg. Parallel events are also being held in Madrid, Birmingham, Paris, Rotterdam and Brussels. In addition, it will be possible to follow the event live on the Internet, via the launch site www.volvotrucks.com/fh.

Interest in the launch event is immense. For obvious reasons, according to Claes Nilsson:
“For more than 15 years now the Volvo FH has been a reliable growth engine for both Volvo Trucks and haulage companies the world over. The new Volvo FH will play the same significant role. It’s an innovative truck that puts the driver in firm focus while at the same time allowing haulage firms to do the best business possible. It’s a truck that’s going to carry us far into the future.”

Visit http://www.thenewsmarket.com/volvogroup to access broadcast-standard video about the Volvo Group’s various production plants and products. You can download graphic images in the form of MPEG2 files or order them on Beta SP tape. Registration and video are free to the media.

Images are available in the Volvo Trucks image bank http://images.volvotrucks.com

Volvo Trucks provides complete transport solutions for professional and demanding customers, offering a full range of medium to heavy duty trucks. Customer support is secured via a global network of 2,300 dealers and workshops in more than 140 countries. Volvo trucks are assembled in 16 countries across the globe. In 2011 more than 115,000 Volvo trucks were delivered worldwide. Volvo Trucks is part of the Volvo Group, one of the world’s leading manufacturers of trucks, buses and construction equipment, drive systems for marine and industrial applications, aerospace components and services. The Group also provides solutions for financing and service. Volvo´s work is based on the core values quality, safety and environmental care. 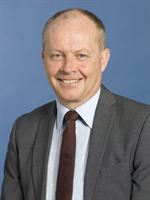