ABB to install solar inverters at 750 railway stations in India 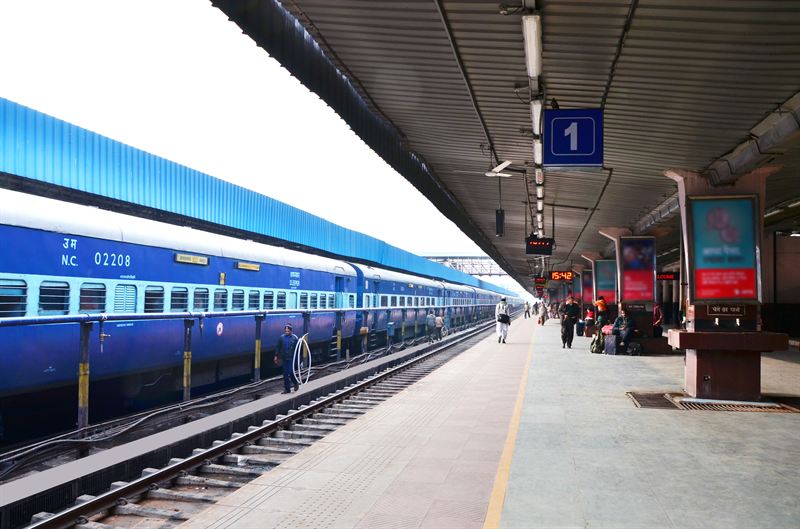 Zurich, September 1, 2017 -  ABB will provide solar inverters to 750 railway stations in north India to reduce dependence on traditional sources of energy. Indian Railways, which runs one of the largest railway networks in the world, carries more than 8 billion passengers annually.

The 750 stations are located in the busy northern Indian part of the network, one of the most used railway corridors in the world. ABB recently reached a milestone of 5 GW of solar inverters installed, supplying some 40 percent of India's solar power at approximately 13 GW.

ABB solar inverters for this project – TRIO and PVI series – vary between 5kW to 50kW in power depending on the size of the station and as part of the ABB AbilityTM of connected solutions, the customer can ensure uptime through remote management services. They will be part of the solar installations being set up by Azure Power. ABB set up its solar inverter manufacturing facility in India in 2012 and contributes to approximately 40 percent of the country's solar installations. ABB solar inverters have been widely used in the transportation sector, deployed, for instance, in the world's first fully solar powered airport in Kochi.

"Azure Power has superior rooftop solar power solutions for infrastructure, commercial and industrial customers in cities across India to lower their energy costs and meet their greenhouse gas (GHG) emission reduction targets. We are pleased to partner with ABB and Indian Railways in reducing GHG emissions through deployment of solar energy at railway stations across India" said Inderpreet S Wadhwa, Chairman and CEO, Azure Power.

Tropical northern India is blessed with abundant sunlight with 300 sunny days, and solar power is a natural alternative to conventional electricity, much of which is generated using coal.

"ABB is proud to supply Azure Power for this critical project," said Giovanni Frassineti, head of ABB’s solar business globally. "Supporting our customers to help build the infrastructure for renewable energy all around the world helps drive business’ and government goals to improve energy efficiency and reduce emissions. We keep innovating to make it easier for our customers to be successful. Driving the energy revolution in sectors like transportation is a part of ABB's next level strategy."

Indian Railways moves more than 12,500 trains and 23 million passengers daily, equivalent to the population of Australia. The company operates more than 8,000 stations across the country and is looking at building solar plants to supply clean power for their operations. In the second stage the objective is a net zero energy concept wherein power is generated and consumed within the operations. As per reports, the Indian Railways has a current renewable energy generation capacity of 36 MW and plans to ramp it up to 1,000 MW.

ABB is the leading global supplier of solar photovoltaic (PV) inverters. ABB's solar inverter product portfolio ranges from 1.2 kW to 2.3 MW; 1.2 kW to 120 kW are string inverters optimized for residential, commercial and industrial rooftop and ground-mounted usages and central inverters up to 2.3 MW are ideal for cost-efficient multi-megawatt power plants. The key differentiators of ABB solar inverters are high reliability, efficiency and ease of installation and maintenance, supported by the remote management options from the ABB Ability digital portfolio connection. Plant management solutions including environmental management, software tools and lifetime support are also part of the portfolio.

ABB (ABBN: SIX Swiss Ex) is a pioneering technology leader in electrification products, robotics and motion, industrial automation and power grids, serving customers in utilities, industry and transport & infrastructure globally. Continuing more than a 125-year history of innovation, ABB today is writing the future of industrial digitalization and driving the Energy and Fourth Industrial Revolutions. ABB operates in more than 100 countries with about 132,000 employees. www.abb.com