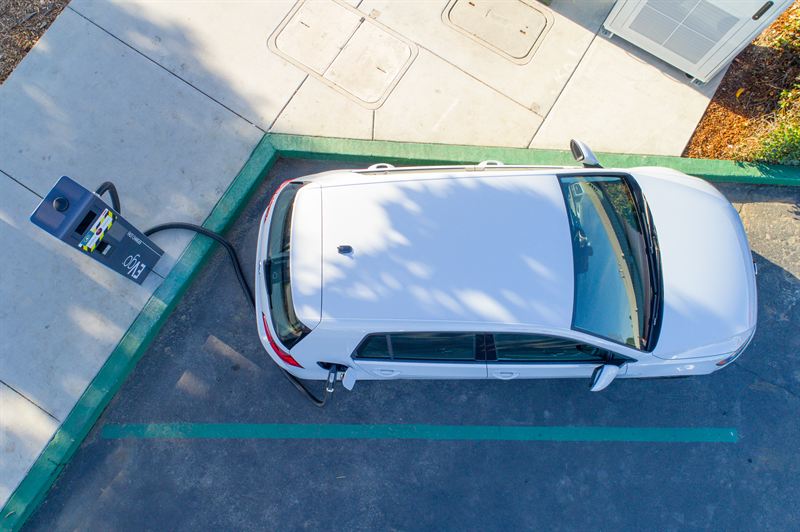 The charger will assist with next generation electric vehicle charging research, and will allow testing of EV research platforms at 150kW initially. The installed system has the potential to reach charging speeds of up to 350kW with an upgrade. As automakers align on future hardware and service standards, the station will enable industry coordination and testing. EVgo is using the station to study utility impacts, installation standards, permitting, and building and safety requirements. It will also provide a demonstration platform for electrical certification committees and building code officials.

Both EVgo and ABB consider the implementation of High-Power fast charging as a critical next step in the evolution of EVs, as automakers are introducing new electric vehicles with increased battery capacities and longer ranges. Already, two automakers have announced plans to sell vehicles in the U.S. that will charge at significantly higher rates in less than two years. Additionally, five automakers have announced a collaboration to build 400 High-Power charging stations (350kW) throughout Europe.

The fastest available public chargers currently in the market are 50kW, which can provide roughly three miles per minute of charge. A 150kW charger can provide nine miles per minute, and a 350kW charger will provide more than 20 miles per minute. The new charging station will be available to automotive research vehicles on request, and is intended to help inform future advances in electric vehicle development, range, capacity and charging speed. The charger will not be open to the public, though it resides at the nation’s busiest public fast charging site in Fremont, California.

“EVgo has taken another first step in next generation High-Power fast charging that will advance the entire electric vehicle industry,” said Terry O’Day, Vice President, Product Strategy and Market Development at EVgo. “Our goal is to enable improved fast charging service in the future, helping our automotive OEM partners provide even more convenient and appealing options to their customers.”

"ABB shares EVgo's vision of supporting an ever-growing population of EV drivers who demand the convenience of a fueling station experience," said Tarak Mehta, President, Electrification Products division at ABB. "We're proud to be part of this industry leading project with our high power charging technology.”

EVgo currently operates the largest public fast charge network in the country, with over 900 fast chargers in 66 of the top-selling automotive markets in the US, and supports all current charging standards. EVgo provides exemplary service because it owns and operates its charging stations, and utilizes a variety of flexible charging plans for drivers including pay-as-you-go, low-cost membership charging plans and unlimited charging plans for customers of partner OEMs, including BMW, Nissan and Ford. EVgo has ABB DC fast charging stations installed across its network with the critical connectivity needed for remote asset management, helping enable EVgo’s high uptime performance.

About ABB
ABB is a pioneering technology leader in electrification products, robotics and motion, industrial automation and power grids, serving customers in utilities, industry and transport & infrastructure globally. Continuing more than a 125-year history of innovation, ABB today is writing the future of industrial digitalization and driving the Energy and Fourth Industrial Revolutions. ABB operates in more than 100 countries with about 132,000 employees. www.abb.com

About EVgo
EVgo is America’s largest and most popular public fast charging network for electric vehicles (EVs). EVgo provides drivers with a premium service based on the fact that it owns and operates 100 percent of its stations. EVgo charging stations include the fastest multi-standard chargers available to the public and its rapid growth takes EV drivers further than any other public network in the U.S. To find out more, or to join the EVgo network, visit www.evgo.com.