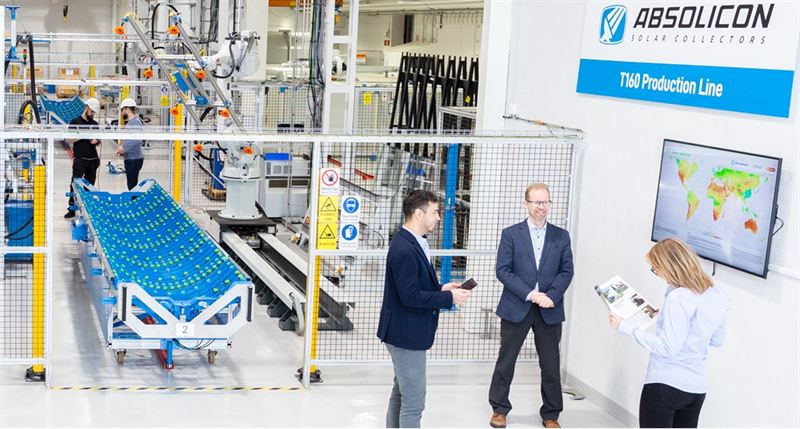 ‘Solar Impulse Efficient Solution’ is awarded to companies and technology that protect the environment in a profitable way. Absolicon’s technology for heat extraction for industry and district heating from the sun was awarded the label in June 2020 and Absolicon is now awarded a second time. This time Absolicon’s Robotic Production Line is awarded.

More than half of the world’s energy demand is in the form of heat. Heat is used to warm up our homes and in industrial processes. Today, a large portion of this heat is produced using fossil fuels with high negative environmental impact as a result.

“We are flattered and happy that both our applications have been awarded. We early detected that to make a real impact on the world's energy supply we must produce our solar collectors locally. This is made possible via our T160 Production line that is now awarded”, says Joakim Byström, CEO Absolicon.

At the moment, Absolicon has seven framework agreements to supply local Production lines around the world and two operational lines.

Expert assessment from the evaluation report:

“The offer based on providing a robotic manufacturing operation to partners in worldwide locations is very attractive for scalability. It will support delocalized manufacturing of solar thermal systems and enable their utilization, particularly in the developing world where other energy sources may be less available.”

The T160 solar collector from Absolicon is certified according to the European standard “Solar Keymark”.

In tests at the Swiss Institut für Solartechnik (SPF) in Rapperswil, Absolicon’s T160 Solar collector has shown optical efficiency of 76.6%. The highest number ever measured for a small parabolic trough.

Absolicon is a listed Swedish solar energy company, specializing in concentrated solar heating. The solar collector T160 operates up to 160°C and has the highest optical efficiency ever measured for a commercially available small parabolic trough. After achieving groundbreaking performance, Absolicon has built two robotized production lines, one in Sweden and one in China that can produce 50 MWp(th) annually, one 5.5 m2 solar collector every six minutes. The company combines solar energy research with sales of solar collector fields to industries that need heat and steam and complete robotic production lines for T160. 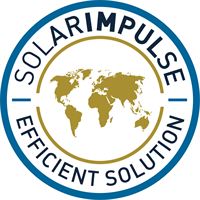