Listing of Actic on Nasdaq Stockholm 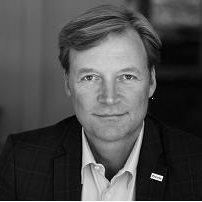 Actic Group AB (publ) (“Actic” or the “Company”), a North European fitness club operator focusing on the markets in Sweden, Norway and Germany, and with a presence in Finland and Austria, has decided to list the Company’s shares on Nasdaq Stockholm (the “Offering”). The prospectus for the Offering will be published today and the first day of trading is expected to be around 7 April 2017.

Not for disclosure, distribution or publication, directly or indirectly, in or into the US, Australia, Canada, Hong Kong, Japan, New Zealand, South Africa or Singapore.

“I would like to convey my sincerest gratitude to all the employees who have contributed to the company’s success over the past few years. The stock exchange listing, which will result in increased recognition of our brand and offering, among other benefits, comprises a key milestone in the company’s development. Actic’s management anticipates further strengthening of market positions through new establishments and acquisitions, in parallel with the continuous development of our offering to our members.”

Erik Lautmann, Chairman of the Board, comments:

“Actic has a track record of growth, good profitability and ability to generate cash flow. The company has every possibility of continuing on its established path. The Board believes the time has come for a stock exchange listing and looks forward to continuing to develop and expand the company as a listed entity.”

“Under the ownership of the IK 2007 Fund, Actic has grown, both organically and through strategic acquisitions, into one of the leading companies in the Nordic gym market. We believe that Actic has reached the appropriate time to diversify ownership with the aim of promoting the company’s future development and expansion.”

"Actic is a well-managed company with a strong focus on a high quality customer proposition, strategic partnerships and growth. The company has expanded in a consistent way and Athanase Industrial Partner is looking forward to becoming one of the larger shareholders in the planned IPO. Athanase will actively support the company, also through board representation, in its future development and expansion."

Background and reasons for the Offering

Since 2012, Actic has been owned by the IK 2007 Fund through Actic International S.à.r.l. In order to facilitate Actic’s continued growth and development, Actic and the Principal Owner believe the next natural step to promote Actic’s continued development and expansion is a stock exchange listing. Actic is expected to benefit from the listing in terms of more diverse ownership in the Company, which will provide access to Swedish and international capital markets. The listing is expected to increase recognition of the Company’s brand and offering, and thereby strengthen its market position and continued growth.

A prospectus, containing the Offering’s complete terms and conditions, will be published today on Actic’s website (www.acticgroup.com) and SEB’s website for prospectuses (www.sebgroup.com/prospectuses) as well as on Nordnet’s website (www.nordnet.se) on 29 March 2017. Applications can be made through SEB’s internet banking service and Nordnet’s internet service. The first day of trading in the Company’s shares is expected to be around 7 April 2017.

Actic (formerly Nautilus Gym) was founded in 1981 and launched the Gym & Swim club concept. The company began its international expansion in 1995 and as per 31 December 2016, Actic had 166 facilities and about 211,000 members in five countries. Actic’s main markets are Sweden, Norway, Finland as well as Germany and Austria. Actic is one of Sweden’s leading operators and operated

Actic offers a well-established exercise method known as high-intensity training (HIT) and offers its members personal training programmes including follow-up sessions with trained instructors. Together with swimming, this forms the core of Actic’s offering and differentiates the Company in the market. The range of exercise options is extensive and includes strength training, group classes and personal training (PT), which attracts a broad target group that builds up successful clusters of Gym & Swim clubs as well as Stand-alone clubs in the Nordics and Germany. Actic’s vision is to create a healthier society by attracting a broad target group and thereby expanding the market. The facilities engage in the local community to contribute to a healthier society. Actic, which has its head office in Solna, Stockholm, has approximately 700 full-time equivalent employees and had net sales of SEK 802 million in 2016. Actic is led by its President and CEO Christer Zaar.

Athanase Industrial Partner (“Athanase”) is a value investor that adds an ownership focus to its investments through board representation. The Athanase Industrial Partner team have a long tradition as active owners in listed companies. Athanase was founded in 2014 by Stefan Charette, former chief executive officer of, for example, Creades, Öresund and Custos. Athanase’s investors include Swedish and international institutions.

Swedbank Robur is one of Scandinavia’s largest fund managers and a wholly owned subsidiary of Swedbank. Swedbank Robur offers savings alternatives for retail and institutional clients through mutual funds and discretionary asset management.

Fjärde AP-fonden (the Fourth Swedish National Pension Fund) is a Swedish government authority with the mission of contribution to the stability of the retirement pension system through the management of the fund capital to the highest possible return with low risk. The fund is focused on creating long-term returns through active management and at the end of 2016 the fund had SEK 334 billion under management.

This announcement does not contain or constitute an offer to sell or a solicitation of any offer to buy or subscribe for any shares or securities in the Company.

This announcement has not been distributed, and will not be distributed or by other means released in the United States, Australia, Canada, Japan or any other jurisdiction in which such distribution would be unlawful or would require registration or other measures.

This announcement is an advertisement and is not a prospectus for the purposes of Directive 2003/71/EC (this directive, together with any amendments therein and any applicable implementing measures in any Member State under this directive, is hereinafter referred to as the “Prospectus Directive”). A prospectus prepared pursuant to the Prospectus Directive will be published, which, when published, can be obtained from the Company. Investors should not subscribe for any securities referred to in this announcement except on the basis of information contained in the prospectus.

This announcement is only being distributed to and is only directed at (i) persons who are outside the United Kingdom; (ii) investment professionals falling within Article 19(5) of the UK Financial Services and Markets Act 2000 (Financial Promotion) Order 2005 (the “Order”) or (iii) high net worth entities, and other persons to whom it may lawfully be communicated, falling within Article 49(2)(a) to (d) of the Order (all such persons in (i), (ii) and (iii) above together being referred to as “relevant persons”). The securities are only available to, and any invitation, offer or agreement to subscribe, purchase or otherwise acquire such securities will be engaged in, only with relevant persons. Any person who is not a relevant person should not act or rely on this announcement or any of its content.

Matters discussed in this announcement may constitute forward-looking statements. Forward-looking statements are all statements that do not pertain to historical facts and events, and statements that are attributable to the future and may be identified by words such as “deem”, “assess”, “expect”, “await”, “wait”, “judge”, “assume”, “predict”, “can”, “will”, “shall”, “should or ought to”, “according to estimates”, “consider”, “may”, “plan”, “potential”, “calculate”, “as far as is known” or similar expressions suitable for identifying information that refers to future events. This applies in particular to statements referring to future results, financial position, cash flow, plans and expectations for the company’s operations and management, future growth and profitability, general economic and regulatory environment, and other circumstances which affect the company. Forward-looking statements are based on current estimates and assumptions, which are based on the company’s current intelligence. Such forward-looking statements are subject to risks, uncertainties and other factors which may result in actual results, including the company’s financial position, cash flow and profits, deviating considerably from the results which expressly or indirectly form the basis of, or are described in, the statements, or may result in expectations which, expressly or indirectly, form the basis of or are described in the statements not being met or turning out to be less advantageous compared to the results which, expressly or indirectly, formed the basis of or were described in the statements. The Company’s business is exposed to a number of risks and uncertainties which may result in forward-looking statements being inaccurate or an estimate or calculation being incorrect. Therefore, potential investors should not place undue reliance on the forward-looking statements herein and are strongly advised to read the sections of the prospectus that include a more detailed description of factors which have an effect on the company’s business and the market in which the company operates.

The information, opinions and forward-looking statements contained in this announcement speak only as at its date, and are subject to change without notice. 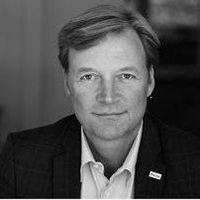