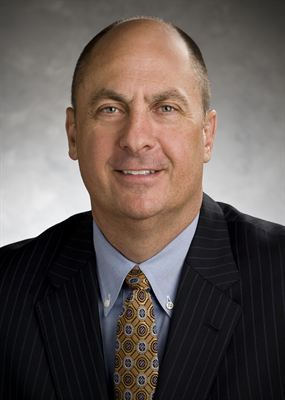 The American Hospital Association’s (AHA) Board of Trustees has elected Jim Skogsbergh, president and CEO of Advocate Health Care as its chair-elect designate. Skogsbergh will assume the chairmanship in 2016, becoming the top elected official of the national organization that represents America’s hospitals and health systems.

Since 2001, Skogsbergh has led Advocate Health Care in Downers Grove, Ill., the largest health system in the state and one the largest health care systems in the Midwest.  Affiliated with the Evangelical Lutheran Church in America and the United Church of Christ, Advocate has been named one of the nation’s Top 5 health systems , in the large system category, based on clinical performance by Truven Health Analytics. This is the fifth time Advocate has earned this distinction.

Before joining Advocate, Skogsbergh served as executive vice president of the Iowa Health System in Des Moines, as well as president and CEO of Iowa Methodist, Iowa Lutheran and Blank Children’s Hospitals. He began his more than 30 years of health care experience in 1982 as an administrative resident with Memorial Health System in South Bend, Ind.

“It is an exciting time to be a healthcare leader as we work to improve the care we provide patients and I look forward to working with the AHA and its members in support of the AHA mission to advance the health of individuals and communities,” said Skogsbergh.

Skogsbergh earned a master of arts degree in health administration from the University of Iowa in Iowa City, and received his bachelor of science degree from Iowa State University in Ames.

Advocate Health Care, named among the nation’s Top 5 large health systems based on quality by Truven Analytics, is the largest health system in Illinois and one of the largest health care providers in the Midwest. Advocate operates more than 250 sites of care, including 12 hospitals that encompass 11 acute care hospitals, the state’s largest integrated children’s network, five Level I trauma centers (the state’s highest designation in trauma care), three Level II trauma centers, one of the area’s largest home health care companies and one of the region’s largest medical groups. Advocate Health Care trains more primary care physicians and residents at its four teaching hospitals than any other health system in the state. As a not-for-profit, mission-based health system affiliated with the Evangelical Lutheran Church in America and the United Church of Christ, Advocate contributed $661 million in charitable care and services to communities across Chicagoland and Central Illinois in 2013.

The AHA is a not-for-profit association of health care provider organizations and individuals that are committed to the improvement of health in their communities.  The AHA is the national advocate for its members, which include nearly 5,000 hospitals, health care systems, networks and other providers of care and 43,000 individual members.  Founded in 1898, the AHA provides education for health care leaders and is a source of information on health care issues and trends.  For more information visit the Web site at www.aha.org.