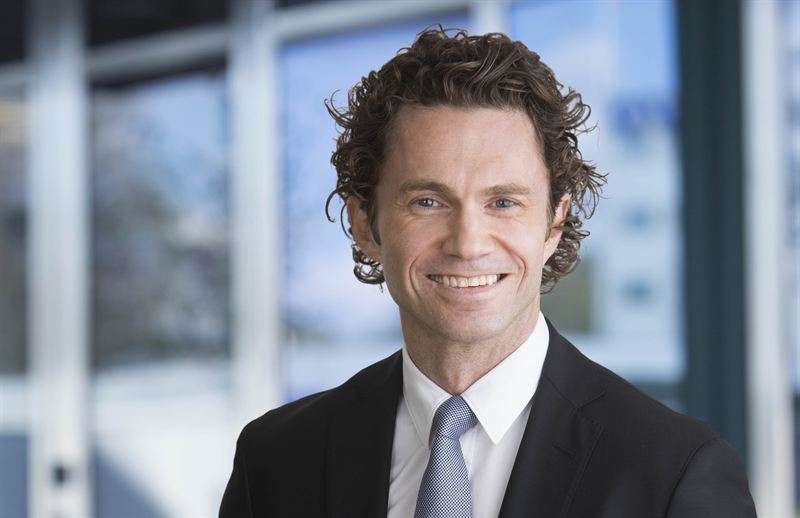 ”We deliver stable results, but at the same time we see that there is potential for further improving long-term profitability. We are now entering a new phase where we are increasingly utilising our breadth and strength by providing clients with packaged solutions in our core markets and in several selected niche areas internationally,” said Jonas Gustavsson, President and CEO.

COMMENTS BY THE CEO

ÅF’s results for the third quarter are stable with growth of 13 percent. EBITA amounted to SEK 184 million (170), excluding items affecting comparability. At the same time, we see that there is potential for further improving long-term profitability through efforts that include our ongoing restructuring programme.

Our assessment of the market is largely unchanged compared with the previous quarter. The industrial climate is strong in Sweden, which is reflected in the performance of the automotive industry, pulp and paper, food and pharma and other manufacturing industries. Investments in infrastructure in Sweden and Norway remain at a high level, while ongoing digitalisation is resulting in a good market for embedded systems and IT. The energy market in Europe is undergoing change, driven by conversion to fossil-free production, energy storage needs and smart grids. Slowly rising electricity prices are also having a positive effect on the market.

In early October, ÅF presented a new strategy, reformulated financial targets and a new organisation adapted to delivering in line with the new direction. The strategy entails a clarified international expansion, a business model in which ÅF will offer clients more packaged solutions and concepts, and an adjustment to financial management to achieve sharper client focus, more end-to-end solutions and internationalisation.

The Industry Division continues to show good growth and stable profitability. Demand is increasing in industrial digitalisation and automation. Several major orders were won during the quarter, including a turnkey end-of-line testing facility for Ålö, a manufacturer of front end loaders. To strengthen its position in industrial digitalisation, tunnel automation and robotic solutions, ÅF acquired Eitech’s automation business, including 42 employees, during the quarter.

The Infrastructure Division reports continued good growth. Profitability is stable, but the margin has been adversely affected by a continued weak earnings trend in the acquired company Reinertsen, now called ÅF Engineering AS, as well as the changeover from several major projects. Among the major projects that ÅF has obtained during the period are two assignments in Stockholm; one for a new city centre in Nacka, where traffic is being moved underground and the cityscape is being transformed into a 300-metre-long park, and another for project planning services for the new Hagastaden district.

The International Division shows improved results in an energy market that is undergoing restructuring. ÅF is growing in the Czech Republic; new assignments include the expansion and upgrading of a power plant. ÅF has also obtained a new major contract in Africa for the expansion of Ivory Coast’s transmission network. Growth in the quarter is largely related to the acquisition of AF Toscano in Switzerland.

The Technology Division continues to grow with healthy profitability on an expanding market in digitalisation and embedded systems. Demand for the Division’s services is strong, primarily from the automotive industry and public sector. We see a positive trend with slowly increasing demand for product development project assignments. Examples include new orders from Scania, SAAB and BAE Systems.

Overall, ÅF’s growth is good, and we see opportunities to further improve profitability. We are now entering a new phase where we are increasingly utilising our breadth and strength by providing clients with packaged solutions in our core markets and in several selected niche areas internationally. The reformulated financial targets include annual growth of 10 percent, with major platform acquisitions being added, EBITA margin of 10 percent over a business cycle and net debt in relation to EBITDA of 2.5.

This information is information that ÅF AB (publ) is obliged to make public pursuant to the EU Market Abuse Regulation and the Swedish Securities Markets Act. The information was submitted for publication, through the agency of the contact person set out above, at 23 October at 15.00 CET.

All assumptions about the future that are made in this report are based on the best information available to the company at the time the report was written. As is the case with all assessments of the future, such assumptions are subject to risks and uncertainties, which may mean that the actual outcome differs from the anticipated result.

This is a translation of the Swedish original. The Swedish text is the binding version and shall prevail in the event of any discrepancies.

The full report including tables (pdf) is available for download.