Jonas Wiström is Leader of the year 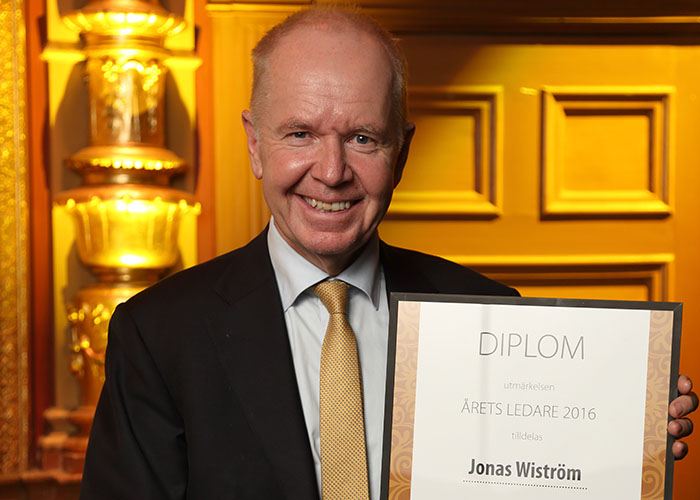 Jonas Wiström, CEO at ÅF, has been appointed Leader of the year 2016. He is recognized for his achievement to develop ÅF into a successful and profitable company.

The jury motivated their choice by stating:

"Through personal relationships, clever acquisitions and hard figures the Leader of the year 2016 has built up the company from a small fragmented loss making business into a top rated highly profitable industry giant."

“The Leader of the year” is the most prestigious award of its kind in Sweden. The award is given to an individual who has demonstrated outstanding leadership in business or management. The prize was established in 1984 and is awarded for the thirty-thirdtime this year. Previous winners include Stefan Persson (H&M), Cristina Jutterström (DN), Carl-Henric Svanberg (Assa Abloy), Eva Hamilton (SVT), Olof Faxander (SSAB), Johan Malmquist (Getinge) and Pär Boman (Handelsbanken).

Jonas Wiström received the award on 22 of November

”This award makes me happy and honoured. I thank not only my closest team, but all those who have contributed over the years, making ÅF the successful company it is today. Without you all, I would never had received this prize. We have made a great journey together. Thank you”, says Jonas Wiström.

AFRY is an international engineering, design and advisory company. We support our clients to progress in sustainability and digitalisation. We are 17,000 devoted experts within the fields of infrastructure, industry and energy, operating across the world to create sustainable solutions for future generations. Making Future.