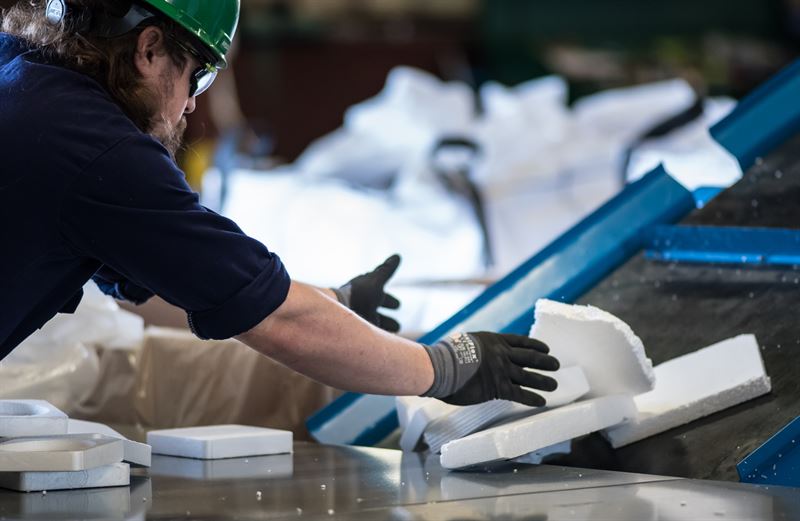 TIGARD, Oregon, USA – July 1, 2021 – Agilyx Corporation (AGLX), a wholly owned subsidiary of Agilyx AS (Euronext Growth (Oslo): “AGLX”) and a pioneer in the chemical recycling of post-use plastics, announced that it has surpassed 16,000 hours of commercial operations at its certified chemical recycling operations in Oregon. This has been achieved both using mixed waste plastic, when the unit was formerly 100% owned by Agilyx, and with polystyrene, which is the current mode of operation in Tigard, Oregon with the unit now forming part of the Regenyx JV with AmSty. In its 16,000 hours of operations, Agilyx has converted over 4,400 tons or 8.9 million lbs of mixed waste plastic and polystyrene waste.  Both the mixed waste plastic and the polystyrene waste has been sourced directly by Agilyx utilizing the feedstock management program that has since been incorporated into the Cyclyx Joint Venture.

This significant operating milestone equates to the weight of around 20 Statues of Liberty being diverted from landfills and oceans, reaffirming Agilyx’s mission to be a part of the solution to end plastic waste. “We are very proud of our team and our company for reaching this milestone,” said Tim Stedman, chief executive officer of Agilyx. “This is proof-positive that the model for plastic circularity is not only valid but achievable. Ongoing projects with our various partner companies will soon demonstrate that it is also highly scalable which will help us in our commitment to solve the problem of plastic waste.”

Agilyx (AGLX) is an early leader in the advanced recycling of difficult-to-recycle post-use plastics. With Agilyx's chemical recycling technology, mixed plastic waste or streams of discrete post-use plastics, such as polystyrene, can be converted to new virgin-equivalent plastics, as well as chemical products and fuels – creating the opportunity for true circularity. The company has not only developed these first-to-market products but has also developed a feedstock management company, Cyclyx International, LLC, and is partnering with a range of waste service providers, municipalities, petrochemical, and brand and retail companies to develop closed-loop recycling solutions for mixed waste plastics. www.agilyx.com.