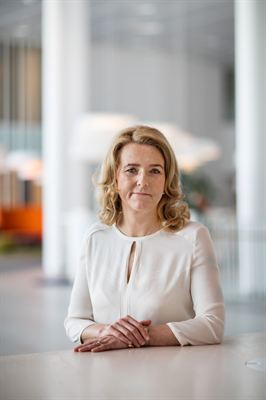 The Nomination Committee for Ahlsell AB proposes the election of Charlotta Sund as a member of the Board, and the re-election of Kenneth Bengtsson, Magdalena Gerger, Satu Huber, Gustaf Martin-Löf, Johan Nilsson, Peter Törnquist, Terje Venold and Sören Vestergaard-Poulsen as members of the Board. The Nomination Committee further proposes the re-election of Kenneth Bengtsson as Chairman and Peter Törnquist as Deputy Chairman.

Charlotta Sund was born in 1963 and holds a Master of Science in Industrial Engineering & Management from the Institute of Technology, Linköping University, Sweden. Charlotta is Senior Vice President of Ericsson AB (publ) and is a member of Ericsson’s Group management team. Charlotta has been Head of Customer Group Industry & Society since 1 July 2016, prior to which she was Head of Region Northern Europe & Central Asia. Charlotta has previously held various positions at Ericsson, including Head of Customer Unit Industry & Society in Region Northern Europe & Central Asia, and Vice President and Head of Multimedia & Systems Integration in the Market Unit Nordic and Baltics.

Election of auditors
In accordance with the recommendation of the Audit Committee, the Nomination Committee proposes the re-election of KPMG AB as auditors until the end of the next Annual General Meeting.

It is proposed that payment of fees to the auditors shall be made on the basis of approved invoices.

Ahlsell is the Nordic region's leading distributor of installation products, tools and supplies for installation companies, construction companies, real estate management companies, industrial and power companies and the public sector. Our unique portfolio covers more than one million individual products and solutions. We generate sales of approximately SEK 25 billion and 97 percent of revenue comes from our three main markets of Sweden, Norway and Finland.

With some 5,000 employees, more than 200 stores and three central warehouses, we deliver on our promise to our customers, every day: Ahlsell makes it simpler to be a professional!