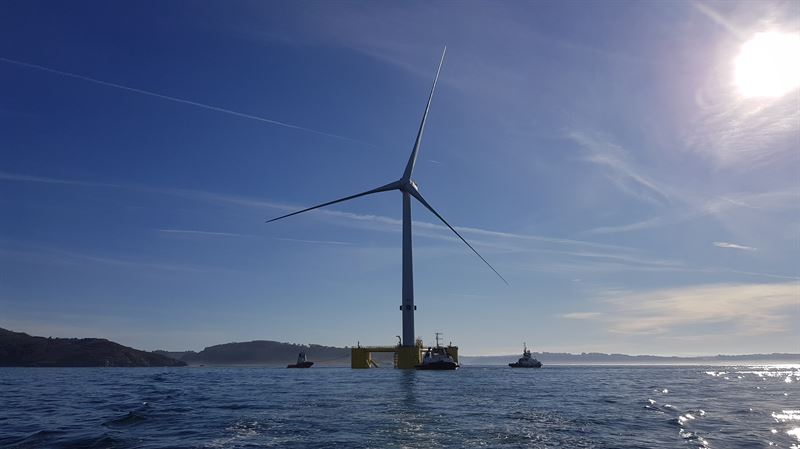 Aker Offshore Wind remains committed to its strategy and to developing its international project portfolio following the ScotWind leasing round where the company did not secure any project licenses.

“We are of course disappointed at the outcome of the ScotWind process, but remain ardent believers in the potential of floating offshore wind and Aker Offshore Wind’s technology and system capabilities to industrialize this segment. Aker Offshore Wind is an integral part of the future we see unfolding, where hybrid deliveries are a key differentiating factor for Aker Horizons as a planet-positive group,” said Kristian Røkke, Chairman of Aker Offshore Wind and Chief Executive Officer of Aker Horizons.

Aker Offshore Wind brings together proven offshore technology and capabilities, a strong organization, and a promising portfolio of projects. The company expects to see its pipeline mature across several markets during 2022:

The company is the largest shareholder in Principle Power, which has one of the few field-proven floating concepts in the industry and has its technology deployed in the commercial scale Kincardine project offshore Aberdeen - the largest floating windfarm currently in operation. Aker Offshore Wind and the wider Aker group work closely with Principle Power to accelerate the floating wind market through technology development.

Aker Horizons remains fully committed to supporting Aker Offshore Wind as a long-term owner and will ensure that the company has access to sufficient funding to maintain its operations and pursue its development program. The company is currently not planning a capital increase.

“Despite the disappointment, we are confident that our capabilities, organization and partnerships will contribute to accelerating the deployment of commercial scale floating wind around the world. We will encourage cooperation among key players in the industry to ensure the prospect of there being GWs of floating windfarms in operation prior to 2030 becomes a reality,” said Philippe Kavafyan, Chief Executive Officer of Aker Offshore Wind.