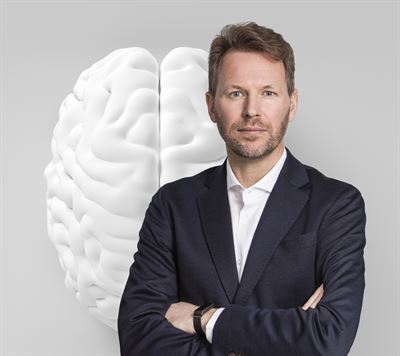 AlzeCure Pharma AB (publ) (FN STO: ALZCUR), a pharmaceutical company that develops a broad portfolio of drug candidates for diseases affecting the central nervous system, with projects in both Alzheimer’s disease and pain, today announced that the company has received an abstract approved for poster presentation at the annual Alzheimer's conference CTAD, Clinical Trials in Alzheimer's Disease, which this year will be held completely digitally on November 4-7.

The abstract, titled Gamma-secretase modulators show selectivity for gamma-secretase-mediated amyloid precursor protein intramembrane processing, describes how the mechanisms in AlzeCure's disease-modifying research platform Alzstatin work and shows that the substances are well suited for early treatment of Alzheimer's disease. The study was conducted in collaboration with Helena Karlström at Karolinska Institutet (Principal Investigator for the study) and Erik Portelius at the University of Gothenburg. Other authors include Professor Henrik Zetterberg, Professor Kaj Blennow and Professor Bengt Winblad, as well as Johan Lundkvist, Johan Sandin and Gunnar Nordvall at AlzeCure.

“I am very pleased that we are once again receiving an abstract approved for presentation at one of the most important Alzheimer's conferences, this time with several world authorities in the field as co-authors. This is a clear validation of the Alzstatin platform and strengthens our conviction that we are right in our research and our projects ", said Martin Jönsson, CEO of AlzeCure Pharma AB.

The abstract and the poster will be available to registered participants online on CTAD's website from November 4, 2020.

The information was submitted for publication, through the agency of the contact person set out above at 10:00am CET on October 8, 2020.

AlzeCure® is a Swedish pharmaceutical company that develops new innovative drug therapies for the treatment of severe diseases and conditions that affect the central nervous system, such as Alzheimer’s disease and pain – indications for which currently available treatment is extremely limited. The company is listed on Nasdaq First North Premier Growth Market and is developing several parallel drug candidates based on three research platforms: NeuroRestore®, Alzstatin® and Painless.

NeuroRestore consists of three symptomatic drug candidates where the unique mechanism of action allows for multiple indications, including Alzheimer’s disease, as well as cognitive disorders associated with traumatic brain injury, sleep apnea and Parkinson’s disease. Alzstatin comprises two disease-modifying and preventive drug candidates for early treatment of Alzheimer’s disease. Painless is the company’s research platform in the field of pain and contains two projects: ACD440, which is a clinical candidate for the treatment of neuropathic pain, and TrkA-NAM, which targets severe pain in conditions such as osteoarthritis. AlzeCure aims to pursue its own projects through preclinical research and development to an early clinical phase and is continuously working with business development to find suitable out-licensing solutions with other pharmaceutical companies.

AlzeCure’s disease-modifying research platform, Alzstatin, consisting of disease-modifying and preventive drug candidates, focuses on reducing the production of toxic amyloid beta (Aβ) in the brain. Aβ plays a key pathological role in Alzheimer’s and begins to accumulate in the brain years before clear symptoms develop. The drug candidates in the Alzstatin platform modulate the function of the enzyme gamma secretase. Gamma secretase acts like a pair of scissors and cuts Aβ42 out from a longer protein known as APP. The sticky Aβ42 clumps together giving rise to the amyloid plaque so typical of Alzheimer’s disease. The candidates in the Alzstatin platform affect enzyme function so that it instead cuts out shorter forms of the Aβ peptide, Aβ37 and Aβ38, which in addition to them not being sticky and not forming aggregates, also have a restrictive effects on Aβ42 aggregates already formed. This means the drug candidates in the Alzstatin platform have two separate but synergistic effects that together contribute to a stronger anti-amyloidogenic – and thus more potent – disease-modifying effect.

About Alzheimer’s disease
Alzheimer’s disease is the most common form of dementia, affecting approximately 45 million people worldwide. Alzheimer’s disease is a lethal disorder that also has a large impact on both relatives and the society. Today, preventive and disease modifying treatments are missing. The main risk factors to develop Alzheimer’s are age and genetic causes. Even though the disease can start as early as between 40 and 65 years of age, it is most common after 65 years. Significant investments in Alzheimer research are being made because of the significant unmet medical need and the large cost of this disease for healthcare and society. The total global costs for dementia related diseases is estimated to about 1,000 billion USD globally in 2018. Given the lack of both effective symptomatic treatments and disease modifying treatments, the need for new effective therapies is acute.The few approved drugs on the market today have only a limited symptomatic effect and can produce dose limiting side effects. A disease modifying treatment for Alzheimer’s disease is estimated to reach more than 10 billion USD in annual sales. In Sweden, approximately 100,000 people suffer from Alzheimer’s disease with a healthcare cost of about 63 billion SEK yearly, which is more than for cancer and cardiovascular diseases combined. 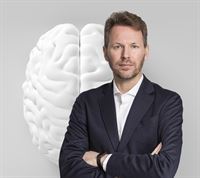