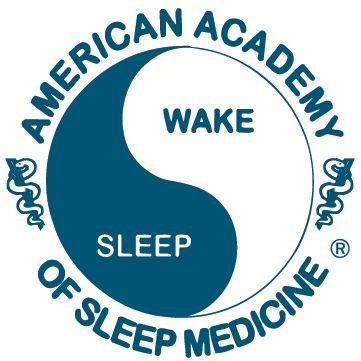 Study is the first to examine the effects of social stimulation and personality on sleep functions in humans.

DARIEN, Ill. – A study in the Nov. 1 issue of the journal SLEEP found that vulnerability to sleep deprivation is influenced by the interaction between waking social activity and individual personality traits.

Results show that extraverts who were exposed to 12 hours of social interaction were more vulnerable to subsequent sleep deprivation than those who were exposed to an identical period of isolated activity.  Speed on the Psychomotor Vigilance Task (PVT) for extraverts in the socially enriched group was significantly slower at 4 a.m., 6 a.m. and noon compared with speed for extraverts in the socially impoverished condition.  Introverts’ speed on the PVT was relatively unaffected by prior social exposure.

“Extraverts exposed to socially enriched environments showed greater vulnerability to subsequent sleep deprivation than did extraverts exposed to an identical but socially impoverished environment,” said principal investigator and lead author Tracy L. Rupp, PhD, research psychologist in the Behavioral Biology Branch of the Center for Military Psychiatry and Neuroscience at Walter Reed Army Institute of Research in Silver Spring, Md. “The ability of introverts to resist sleep loss was relatively unaffected by the social environment.  Overall, the present results might also be interpreted more generally to suggest that waking experiences, along with their interaction with individual characteristics, influence vulnerability to subsequent sleep loss.”

The study involved 48 healthy adults between 18 and 39 years of age.  Participants were prescreened using the NEO Personality Inventory Revised, and on the day of arrival for the study they were classified as extraverted (n=23) or introverted (n=25) using the Eysenck Personality Questionnaire-Revised.

After a night of baseline sleep that was measured by polysomnography, participants remained awake for a total of 36 hours, which included a 12-hour social-exposure condition followed by 22 hours of sleep deprivation.  Twenty-four participants were randomly assigned to the “socially enriched group,” participating in controlled and structured group activities from 10 a.m. to 10 p.m. and interacting socially with four research technicians.  Activities included interactive card and board games, puzzles, group discussions and movies.  The 24 participants who were assigned to the “socially impoverished group” completed similar activities in relative isolation in their private rooms.  Objective alertness was measured by hourly testing, alternating the PVT with the Maintenance of Wakefulness Test (MWT).

According to the authors, social interactions are cognitively complex experiences that may lead to rapid fatigue in brain regions that regulate attention and alertness.  Therefore, high levels of social stimulation may be associated with an increase in the need for sleep.  However, some individuals have a trait-like resistance to sleep loss that appears to be rooted in genetic differences. In particular, introverts may have higher levels of cortical arousal, giving them greater resistance to sleep deprivation.

Rupp noted that the results may have implications for industries that require workers to maintain alertness during periods of sustained wakefulness.  Potential performance consequences resulting from team assignments or independent work may vary depending on an individual’s personality traits.

The study was supported by the U.S. Army Medical Research and Materiel Command.

The peer-reviewed, scientific journal SLEEP is published monthly by the Associated Professional Sleep Societies LLC, a joint venture of the American Academy of Sleep Medicine and the Sleep Research Society.  The AASM is a professional membership society that is the leader in setting standards and promoting excellence in sleep medicine health care, education and research.

For a copy of the study, “Socializing by day may affect performance by night: vulnerability to sleep deprivation is differentially mediated by social exposure in extraverts vs introverts,” or to arrange an interview with an AASM spokesperson, please contact Public Relations Coordinator Emilee McStay at 630-737-9700, ext. 9345, or emcstay@aasmnet.org. 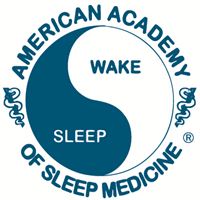