About the American Medical Association (AMA) Since 1847 the American Medical Association has had one mission: to promote the art and science of medicine and the betterment of public health. Today, the core strategy used to carry out this mission is our concerted effort to help doctors help patients. We do this by uniting physicians nationwide to work on the most important professional and public health issues. In 2011 our strategic plan focuses on five areas that encompass the central elements in health system reform: Access to care Quality of care Cost of health care Prevention and wellness Payment models Vist the AMA's 2011 strategic plan at: http://www.ama-assn.org/ama/pub/about-ama/strategic-issues.page These topics represent the major areas of emphasis in which the AMA carries out its mission in the current environment. Our proposed actions are not only directed at solving reform issues at the policy level, but also at helping physicians adapt to—and adopt—changes in a productive way. To learn more about how the AMA is moving medicine forward, read our flyer at: http://www.ama-assn.org/resources/doc/about-ama/moving-medicine-forward.pdf.

DETAILS AND CONTEXT OF NEW PAYMENT MODELS ARE CRITICAl TO EFFORTS OF PHYSICIAN PRACTICES TO IMPROVE CARE, STUDY FINDS

Physicians need support and guidance to further advance delivery reformsWASHINGTON - March 19, 2015 - Physician practices are engaging in new health care payment models intended to improve quality and reduce costs, but are finding that they need help with successfully managing increasing amounts of data and figuring out how to respond to the diversity of programs and quality metrics from different payers, according to a new joint study  by the RAND Corporation and the American Medical Association.Both the federal government and private

AMA and More than 115 Organizations Call for Increased Transparency for Health Insurers to Protect PatientsCHICAGO - Nov. 18, 2014 - As Open Enrollment for 2015 Exchange Plans gets underway, patients are being bombarded with messages from health insurance companies vying for their attention. The American Medical Association (AMA) urges patients to thoroughly review all aspects of the plans they are choosing in order to prevent interruptions in care and higher out-of-pocket costs. Whether it’s a new plan or a renewal of an existing plan, there are many factors patients should take into

CHICAGO - Nov. 28, 2012 - The American Medical Association (AMA) today released a new study showing that anticompetitive market power is widespread for each of the three most popular managed care plans in the U.S. The AMA’s annual health insurance market analysis for the first time examines insurer competition in the markets for point-of-service plans (POS), in addition to its annual analysis of health maintenance organizations (HMO) and preferred provider organizations (PPO). “The broad scope of the new AMA analysis provides the most complete picture of the consolidation trend in health 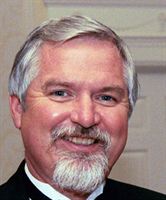 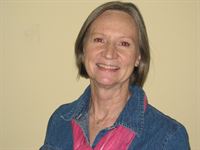 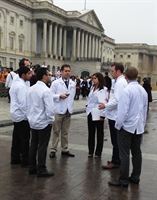