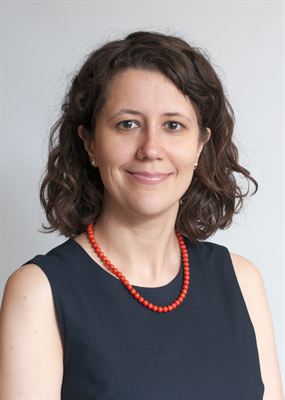 The genetic mutations underlying treatment resistance in non-small cell lung cancer (NSCLC) are more complex and dynamic than previously thought. Analysis of 355 biopsied tumors from patients who acquired resistance to EGFR inhibitors, the most common form of targeted therapy for NSCLC, found that mutations frequently varied between biopsies and that nearly one in five patients harbored more than one type of genetic resistance to treatment. Findings will be presented today at the 2017 Multidisciplinary Thoracic Cancers Symposium.

Between 10 and 30 percent of NSCLC cases are driven by mutations in the epidermal growth factor receptor (EGFR) gene. These patients typically are treated with drugs that inhibit activation of the gene, but nearly all tumors eventually develop resistance to these therapeutic agents. Currently, many patients who acquire resistance to EGFR-targeted therapy undergo a tumor biopsy and are designated as either positive or negative for specific secondary mutations. This prognosis guides decisions for subsequent courses of targeted therapy, and further biopsies are not routinely obtained, given the invasive nature of rebiopsy in the lungs. Recent studies have indicated, however, that resistance in EGFR-mutant NSCLC can vary and that a permanent designation based on a single biopsy may be insufficient.

“In the past, resistance mechanisms were usually thought of as static. Our study demonstrates, conversely, that a binary designation of resistance may oversimplify cancer’s true biology. These genetic mutations can fluctuate over time, and some patients can harbor more than one mutation,” said Zofia Piotrowska, MD, lead author of the study and a thoracic oncologist at the Massachusetts General Hospital Cancer Center in Boston.

“In an era where cancer treatment is increasingly personalized to the biology of each individual patient, our findings highlight the importance of molecular testing and the need for improved, noninvasive methods for serial testing.”

To better understand the biological diversity of EGFR-resistant NSCLC, researchers retrospectively analyzed 355 biopsies of NSCLC tumors obtained from 221 patients after they acquired resistance to first-line EGFR inhibitor therapy. All patients were seen at a single institution between April 2008 and May 2016. The median patient age was 59 years (range 28-88), and 69 percent of patients were female. Researchers examined tumor samples for various genetic causes of EGFR resistance, including T790M, the most common secondary mutation.

All patients received at least one biopsy at first resistance to EGFR inhibitors. Nearly one in five (19%) of these 221 biopsies demonstrated more than one resistance mechanism simultaneously. The overall distribution of resistance mechanisms was consistent with previous research. The T790M mutation was found in 61 percent of patients, and the proportions of other mutations were as expected. Specifically, 18 percent of patients had EGFR amplification, 2 percent acquired PIK3CA mutations, 5 percent had amplification of the MET gene, 3 percent transformed non-small cell to small cell disease and 1 percent acquired BRAF mutations.

Eighty-three patients (37%) underwent two biopsies during post-resistance treatment. For half of these patients (49%), resistance mechanisms varied between biopsies, including both “gain” and “loss” of the T790M mutation (20% and 11% of two-biopsy patients, respectively). Three of the 17 patients who “lost” T790M demonstrated a new resistance mechanism on the second biopsy.

Researchers also sought to determine whether serial biopsies were safe and feasible for NSCLC patients. Two of the 307 biopsies (0.7%) resulted in clinically significant complications, and 13 percent of patients (n = 28) underwent three or more post-resistance biopsies.

“As much as half of the time, the dominant resistance mechanisms observed on one biopsy may no longer be relevant on a second biopsy, and that second biopsy may uncover a new, potentially targetable, resistance mechanism,” said Dr. Piotrowska. “We hope that these findings will prompt clinicians to consider rebiopsy when selecting a new therapy. While we observed that biopsies were generally safe and feasible, noninvasive testing methods, such as liquid biopsies that analyze tumor DNA circulating in the patient’s blood, may provide another method to more easily characterize resistance over time.”

The abstract, “Heterogeneity and variation in resistance mechanisms among 223 EGFR-mutant NSCLC patients with > 1 post-resistance biopsy,” will be presented in detail during the plenary session at the 2017 Multidisciplinary Thoracic Cancers Symposium in San Francisco (full details below). To schedule an interview with Dr. Piotrowska or an outside expert, contact the ASTRO media relations team at press@astro.org or 703-286-1600.

ATTRIBUTION TO THE 2017 MULTIDISCIPLINARY THORACIC CANCERS SYMPOSIUM REQUESTED IN ALL NEWS COVERAGE.

The 2017 Multidisciplinary Thoracic Cancers Symposium, co-sponsored by the American Society for Radiation Oncology (ASTRO), the American Society of Clinical Oncology (ASCO) and The Society of Thoracic Surgeons (STS), features the latest advances in surgery, radiation therapy, chemotherapy and novel molecular biologic therapies for thoracic malignancies such as lung cancer. The symposium will be held March 16-18, 2017, at the San Francisco Marriott Marquis. For more information about the symposium, visit www.thoracicsymposium.org. For press registration and news briefing information, visit www.astro.org/thoracicpress.

The American Society for Radiation Oncology (ASTRO) is the premier radiation oncology society in the world, with more than 10,000 members who are physicians, nurses, biologists, physicists, radiation therapists, dosimetrists and other health care professionals who specialize in treating patients with radiation therapies. As the leading organization in radiation oncology, the Society is dedicated to improving patient care through professional education and training, support for clinical practice and health policy standards, advancement of science and research, and advocacy. ASTRO publishes three medical journals, International Journal of Radiation Oncology • Biology • Physics (www.redjournal.org), Practical Radiation Oncology (www.practicalradonc.org) and Advances in Radiation Oncology (www.advancesradonc.org); developed and maintains an extensive patient website, RT Answers (www.rtanswers.org); and created the Radiation Oncology Institute (www.roinstitute.org), a nonprofit foundation to support research and education efforts around the world that enhance and confirm the critical role of radiation therapy in improving cancer treatment. To learn more about ASTRO, visit www.astro.org.

Founded in 1964, the American Society of Clinical Oncology (ASCO) is committed to making a world of difference in cancer care. As the world’s leading organization of its kind, ASCO represents more than 40,000 oncology professionals who care for people living with cancer. Through research, education, and promotion of the highest-quality patient care, ASCO works to conquer cancer and create a world where cancer is prevented or cured, and every survivor is healthy. ASCO is supported by its affiliate organization, the Conquer Cancer Foundation. Learn more at www.ASCO.org, explore patient education resources at www.Cancer.Net, and follow us on Facebook, Twitter, LinkedIn, and YouTube.

Founded in 1964, The Society of Thoracic Surgeons is a not-for-profit organization representing approximately 7,200 cardiothoracic surgeons, researchers, and allied health care professionals worldwide who are dedicated to ensuring the best possible outcomes for surgeries of the heart, lung, and esophagus, as well as other surgical procedures within the chest. The Society’s mission is to enhance the ability of cardiothoracic surgeons to provide the highest quality patient care through education, research, and advocacy.