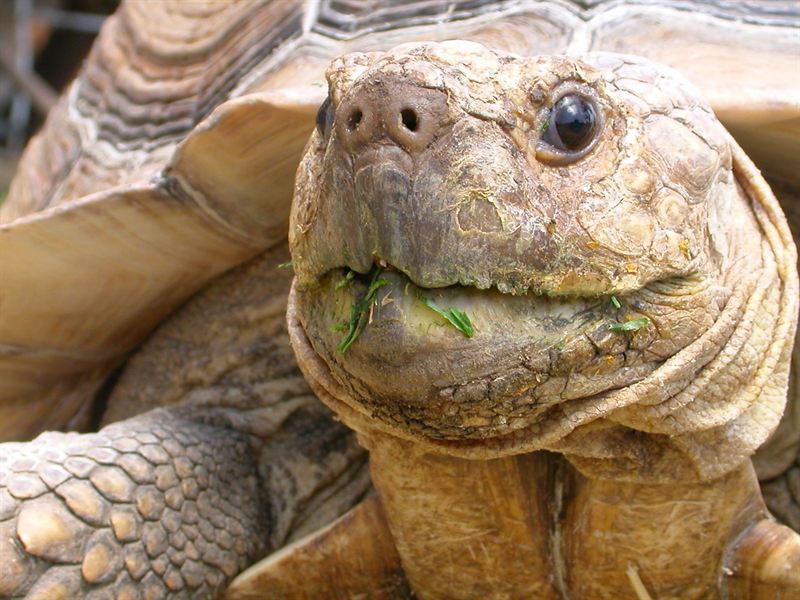 American Tortoise Rescue Calls for a Moratorium on Sales

Turtle and tortoise wildlife groups and rescue organizations throughout North America, led by Malibu based American Tortoise Rescue (http://www.tortoise.com), are calling on the pet industry, reptile wholesalers and private breeders to stop the sale of giant tortoises commonly called sulcatas.

Geochelone sulcata is a hardy and personable species of tortoise. Native to sub-Saharan Africa, it became part of the lucrative pet trade during the 1990s. It has an engaging nature, is attractive and sells for anywhere between $50 and $1,000. These traits make it one of the most commonly purchased pet tortoises in North America.  Unknown to the unwary buyer, however, is that sulcatas are the third largest species of tortoise in the world weighing up to 70 - 200 pounds, attaining this size in a very short period of time. Adult female sulcatas can easily produce 50 –100 eggs a year. It is not unusual to see hundreds of hatchlings for sale at reptile shows even though selling any turtle or tortoise in the U.S. under four inches is illegal.

According to Susan Tellem, co-founder of American Tortoise Rescue (ATR), the sale of sulcatas today is similar to the pet trade's large-scale sale of iguanas during the early to mid-90s. Many people bought cute baby iguanas not realizing that they would grow to as long as six feet and become aggressive.  Just like iguanas, Sulcata breeders and pet stores that sell them create problems that other people, especially reptile rescuers, have to solve.

"The pet industry constantly looks for small, adorable exotic animals with a big price tag," Tellem says. "We've conducted a survey of sulcata owners about what they were told when they purchased their tortoises. Whether at a pet store or reptile show - the answer is the same. 'It won't get bigger than its tank.'  This is patently ridiculous and often a deliberate lie.”

Tellem says, "New owners quickly become aware of the difficulties associated with having a potentially destructive non-housebroken animal of this size. A fully-grown sulcata is strong and aggressive and can easily move furniture and damage or destroy a typical house or apartment wall. When they start to dig up the property, it looks something like a mine field." She added that because sulcatas do not hibernate, they need expensive housing through the winter using commercial pig blankets (lights are not effective), and because their feces are so large similar to a German Sheppard’s, keeping them in the house is not an option for most people.

Tellem, who founded the nonprofit ATR 20 years ago with her husband, Marshall Thompson, says, "Many owners assume that when the tortoise becomes a problem, zoos will take them. This is simply not true. Zoos are not interested in cast-off pets."

Tellem says that the zoos, instead, refer people to her rescue, as well as others. She has placed hundreds into good homes but it is not the answer because it is not easy finding places with a half-acre or more, which is what a sulcata needs. Based on the record number of hatchlings and juveniles sold in pet stores as compared to hundreds in the ‘90s, this bred a catastrophe of unwanted pets.

Tellem says that the option of placing the animal with a rescue organization or rehabber sounds good to most overwhelmed owners. Unfortunately, of those thousands of cute tortoises that are sold every year, rescue organizations can only take a few of them once they are huge.

"Since the Sulcata can live 50 years or more, and because the males fight when placed together, overcrowded rescues run out of space. At that point, there is no solution," says Tellem.

Tellem adds that some owners mistakenly think that they can sell the huge animal for a large profit. "There is no market for adult sulcatas," Tellem says. "The only options remaining are to dump the animal in the wild where they will definitely end up dead, or to give it up for adoption to a rescue group." She added that her rescue is full as are most others and so the only option is finding a compassionate adopter who is willing to put up with the destruction.

Aside from the potential for a slow death by freezing or starving that “dumped” sulcatas face, there are other problems. These include infecting native wildlife with parasites and foreign diseases. This could result in the eradication of already threatened nativespecies. There is also the issue of introduction of yet another non-native species into a precariously balanced ecosystem.

Tellem and Thompson say that breeders won't turn their backs on an obvious money making machine.  "So what we request is simply market driven economics.  People shouldn’t buy sulcatas.  Pet stores should stop selling them.  Reptile shows must have a 'no sulcata' policy.  Only then will breeders have no choice but to stop breeding them," the pair agrees.  There are many national rescue organizations listed on the ATR website www.tortoise.com all of which can facilitate sulcata adoptions if people are interested in getting one. 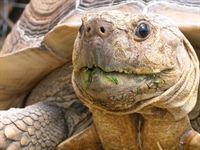 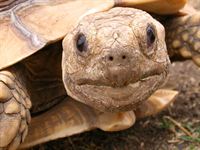