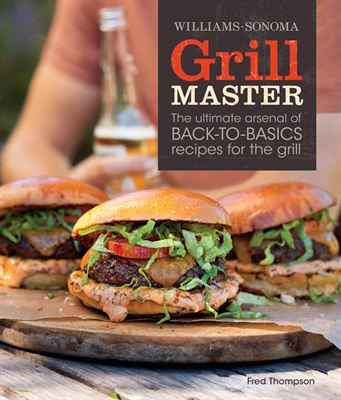 “The Williams-Sonoma Grill Master ebook on the iBookstore retains the design and page layout of the print version, with linked cross-references, searchable text, and a visual table of contents for easy navigation. The full-color photography really comes to life on the iPad, and you can bookmark your favorite recipes to help you achieve perfect results every time you fire up the grill,” says Hannah Rahill, Weldon Owen VP and Publisher.

With the summer barbecue season rapidly approaching, grilling guru Fred Thompson expands on “go-to” classic grilling recipes, and helps make the most out of the grilling experience. The ebook has more than 100 simple, straightforward recipes organized by ingredient in this innovative new way. Sections include:

Every recipe includes a “Game Plan” sure to please the casual griller, providing step-by-step primers on how to start a fire, set up a grill, direct and indirect heat grilling, and slow-smoking. Most recipes only require a handful of ingredients easily found at your local grocery store.

Readers will find all they need to get their steaks sizzling in Fred Thompson’s Grill Master ebook. The product’s goal is to help home cooks achieve greater success with their grill, whether it’s charcoal or gas, round or square, big or small. After browsing through more than 150 colorful photographs, three original videos, and even richer mouthwatering recipes in the Grill Master ebook, you won’t be able to wait to get out there and fire up your grill.

For more information, a PDF of the electronic book, interviews, review copies and images, please contact Andrea Burnett 650.207.0917 or andrea@andreaburnett.com.

Fred Thompson is a writer, cooking instructor, food stylist, and grilling guru who divides his time between North Carolina and New York. He has written several cookbooks, including Barbecue Nation and Grillin’ with Gas, and writes for numerous food-related publications.

Ray Kachatorian is a Los Angeles–based photographer who specializes in fashion, still life, travel, and food. His work has appeared in four Williams-Sonoma cookbooks, including The Pasta Book and Family Meals, winner of an IACP cookbook award. His photographs have also appeared in many magazines, including Metropolitan Home, House Beautiful, and InStyle.

Over the past 25 years, Weldon Owen has built a solid reputation as a leading creator of illustrated nonfiction books, while becoming accomplished at creating and publishing branded books for major national brands and retailers. It creates and publishes more than 60 trade titles each year.  One specialty is its lauded cookbooks, which number more than 300 titles, with over 30 million copies sold. Most have been produced for Williams-Sonoma through an 18-year alliance. Other partners include Kellogg’s, Danny Meyer’s Union Square Hospitality Group and Bonnier’s Saveur  Magazine. Weldon Owen’s visual reference unit has produced both children’s titles and family/adult reference books and series. Partners for this include major retailers such as Pottery Barn, PB Kids, The Body Shop, 3M Post-it Notes, Hallmark, Gymboree and Bonnier’s Parenting magazine. Based in San Francisco, Weldon Owen was founded in 1986. 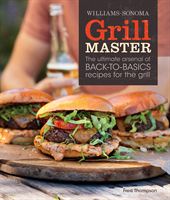