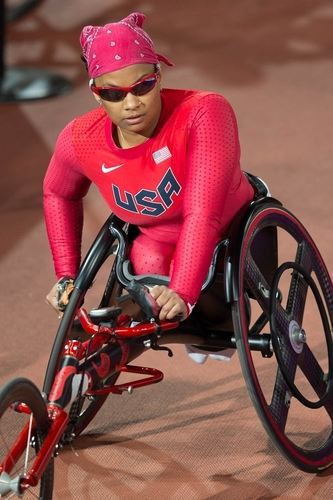 Anjali Forber-Pratt Anjali is a born fighter. Born in Calcutta (now known as Kolkata) India, Anjali lived in an orphanage for two and a half months before being adopted by her loving family from Natick, Massachusetts. Two months after arriving in the United States, she contracted an illness resulting in the diagnosis of transverse myelitis, a neurological disorder that affects the spinal cord. Rushed to the hospital, she was not expected to live. However, her fighting spirit prevailed and Anjali survived. Transverse myelitis left her paralyzed from the waist down. Anjali was introduced to the world of disabled sports at the young age of 5. She attended a sports clinic for children with disablities at the Massachusetts Hospital School in Canton, MA. Exposed to a variety of sports, young Anjali took a strong liking to track. She quickly excelled and by the age of 9 she was competing at the national level in track and field. Anjali found her way back to the track in 2006. Currently she is ranked among the top three fastest T53 women in the world for the 100 meter, 200 meter and 400 meter events.