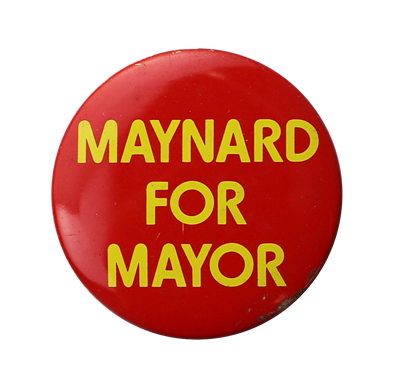 ATLANTA, GA – What makes Atlanta “Atlanta?” That quality can be elusive, especially for newcomers and visitors to Georgia’s capital.  But the compelling city will come into sharp focus in the new Atlanta History Center exhibition Atlanta in 50 Objects, on display from January 16, 2016 to July 10, 2016.

The exhibition is filled with prized Atlanta-rooted treasures – from Martin Luther King Jr.’s 1964 Nobel Peace Prize acceptance speech manuscript to Georgia Tech’s Ramblin’ Wreck and from a 1915 Coca-Cola bottle mold to a touchable plaster cast of Willie B’s handprints – as well as plenty of surprises.

When Atlanta History Center exhibition organizers first considered assembling a collection of 50 city-defining pieces, they quickly decided that the best experts were Atlantans themselves, residents who cheer the Braves and rue I-285 rush-hour traffic, who understand how Civil War losses and civil rights victories together helped forge the city’s unique identity.

Other pieces in Atlanta in 50 Objects that tell the tale of an ever-evolving city: a CDC microscope, Atlanta Constitution editor Ralph McGill’s Presidential Medal of Freedom, a souvenir from the Cotton States Exposition, Priscilla the Pink Pig Christmas ride from Rich’s downtown department store, Hank Aaron’s 600th homerun bat and a soldier figurine from the original diorama at the Cyclorama (which will reopen in the new Lloyd and Mary Ann Whitaker Cyclorama building on the Atlanta History Center’s Buckhead campus in 2017).

Starting in November 2014, the History Center solicited general ideas from the public through Facebook and other online platforms as well as a suggestion box on site. Atlanta in 50 Objects was shaped from the roughly 300 suggestions that poured in over three-plus months, with History Center interpreters selecting items that best represented the themes that individuals suggested.

The broad ideas contributed by the public reflected the city’s earliest history (with suggestions that the railroad and Civil War be represented) but also Atlanta’s changing landscape (immigration, the hip-hop music scene, the LGBTQ community and the rise of the TV production and film industry).

In some cases History Center organizers were surprised by the ideas brought forward through the community-engagement process.

For instance, nearly two decades after the 1996 Centennial Olympic Games were held here, the flame burns remarkably bright for a number of nominators. Exhibition organizers were pleased at the multiple suggestions to include the Atlanta Games, given that the History Center has been home to the Centennial Olympic Games Museum since 2006, comprising one of the most significant exhibitions on the movement’s sport and history in the United States.

The Chattahoochee Raft Race and trees were other ideas that came in unexpectedly high in the nominations.

“One of the things that surprised me the most was how many times trees were mentioned,” said Atlanta History Center Director of Exhibitions Don Rooney. “I have to admit, we had not thought of trees.”

But Atlantan Zinnia Johnston had. In her nomination, she wrote: “Atlanta’s landscape and nature are what I use as a first description of where I live. When friends and family visit from places as far away as Chile, Spain and Italy, they are astounded to see our city amid a forest.”

Whether the suggestions were slam-dunks or unexpected, History Center exhibition organizers were uniformly pleased with the public’s heightened participation.

“We want to be a community-driven organization that responds to our audience – indeed, we hope to appeal to a wider and more diverse audience by being inclusive of multiple viewpoints,” said Atlanta History Center Executive Vice President Michael Rose.

While Atlanta in 50 Objects includes a strong representation of the big businesses that have helped power the metro area’s growth, the exhibition does not present the city through rose-colored glasses. For instance, among the objects are two that represent barricades to the civil rights movement: a “Colored Entrance” sign and an autographed axe handle from Lester Maddox’s Pickrick restaurant, intended to turn back African Americans early in the integration era.

Each of the 50 items will be displayed along with interpretive text that backgrounds its importance to the city, as well as photographs, maps or other graphics.

Atlanta in 50 Objects serves as a prelude to the Atlanta History Center’s April 2, 2016 premiere of an expansive permanent exhibition interpreting the history of Atlanta, telling the stories of individuals and communities who collectively helped create the city we know today.

Both exhibitions will be located off the History Center’s soaring, glass-fronted 5,300-square-foot Louise Richardson Allen Atrium, which just opened in November. The completely renovated and expanded West Paces Ferry Road main entrance was designed to provide an intuitive orientation to the entire History Center visitor experience. The intent is to better connect the diverse elements encompassed across the thirty-three-acre campus: exhibitions, historic houses, ongoing Meet the Past museum theatre performances, twenty-two acres of Goizueta Gardens, the Kenan Research Center, and, also in April 2016, a two-story café-bookstore boasting the flagship Buckhead location of Souper Jenny.

Atlanta in 50 Objects may be viewed as part of the Atlanta History Center’s general admission ticket. For more information or to purchase tickets online, visit AtlantaHistoryCenter.com.

ABOUT THE ATLANTA HISTORY CENTER:

Founded in 1926, the Atlanta History Center is an all-inclusive, thirty-three-acre destination featuring the Atlanta History Museum, one of the nation’s largest history museums; historic houses including the 1928 Swan House and the 1860 Smith Family Farm; the Centennial Olympic Games Museum; the Kenan Research Center; the Grand Overlook event space; and the Goizuetta Gardens, featuring 22 acres of gardens, walkways, paths and trails. In addition, the History Center operates the Margaret Mitchell House located in Midtown Atlanta. For information on Atlanta History Center offerings, hours of operation and admission call 404.814.4000 or visit AtlantaHistoryCenter.com. 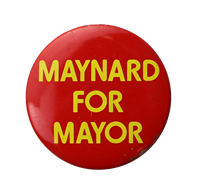