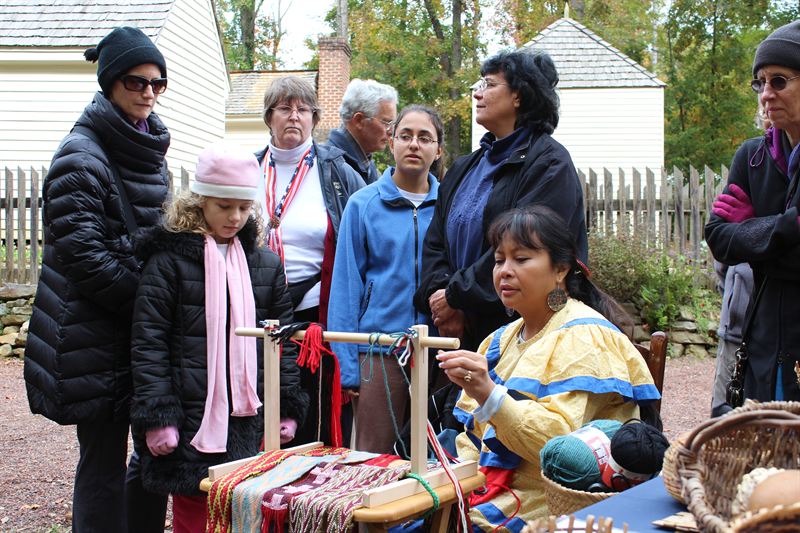 ADMISSION: This program is free to members; included with general admission for nonmembers. For information or to purchase admission tickets, please visit AtlantaHistoryCenter.com/Family or call 404.814.4000.

SUPPORT: Funding for this program is provided by the Fulton County Board of Commissioners under the guidance of Fulton County Arts Council.

Sawgrass is a member of the Muskogee Creek Indian Tribe and has been sharing his knowledge of Southeastern Native American tribes for over twenty-five years. Visit with Sawgrass and other Native American experts to learn about Southeastern Indian culture from the primitive era to the trade era through artifacts and demonstrations.

These demonstrations include native dances from different tribes across the country. Audience participation is encouraged!

Sequoyah was a Cherokee silversmith, who in 1821 completed his creation of a Cherokee syllabary, or set of written symbols, that made it possible to read and write the Cherokee language. The story of Sequoyah’s invention of the syllabary comes to life in an engaging dramatic performance that entertains as much as it educates.

Travel to 1838 – the year the Cherokee were forced to leave their homeland in Georgia to walk the Trail of Tears. Assuming the character identity of actual Cherokee Indians who travelled this life-changing journey, gain empathy and appreciation for the hardships Native Americans endured as well as the rapid cultural changes happening at the same time.

Pottery was used in many different ways by Native Americans. Make your own piece of pottery using the decorating method of paddle stamping, common among Southeastern Indians.

Try your hand at the Toli (Native American Stickball game), atlatl, and the game of chunkey stone.

Learn how Cherokee culture changed after European contact by touching and handling period objects that show these adaptations.