ATS Euromaster: “The country cannot get back on its feet if the cost of fuel is continually dragging businesses and motorists back down.” 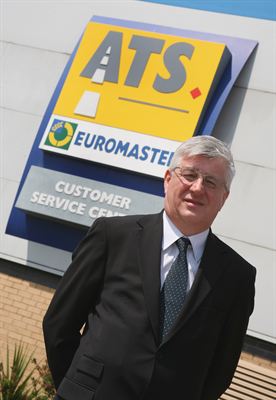 Any glimmer of hope that the Chancellor of the Exchequer, George Osborne, would offer British businesses and motorists relief from the soaring cost of petrol and diesel – which earlier this month hit record UK highs – was quashed during today’s Budget.

The Chancellor confirmed he would not be making any further changes to the fuel duty plans already set out.  As a result, the planned 3.02 pence per litre (ppl) rise in fuel duty will take effect from 1 August 2012.  With VAT at 20 per cent, this will see pump prices jump by nearly 4ppl.

Ian Stuart, Group Managing Director of Birmingham-based ATS Euromaster, the UK’s largest comprehensive tyre specialist, said: “Today was a golden opportunity for the Chancellor to reach out to British business by scrapping the planned fuel duty increase.  The Government could have used the additional tax generated by record fuel prices to offset the planned rise in duty.

“Instead, their decision strikes a bitter blow right into the heart of the economy.  When will the Chancellor realise that the country cannot get back on its feet if the cost of fuel is continually dragging businesses and motorists back down?”

Following today’s Budget statement, ATS Euromaster has issued a stark reminder to motorists, fleet managers and company bosses that there are steps they can take quickly to mitigate the impact fuel duty increases have on their bottom line.

Stuart explains: “The Chancellor has let motorists and businesses down, but it’s critical the same thing doesn’t happen to your tyres.  Tyre condition and fuel efficiency are inextricably linked.  It doesn’t matter whether you are driving a car, van or truck – get your pressures right, and you’ll save fuel.”

ATS Euromaster – itself a fleet operator with 1,223 vehicles – is urging vehicle owners and fleets to check tyre pressures at least once a month, and ideally before any long journey.  Industry research shows that tyres which are 20 per cent under-inflated will increase fuel consumption by around three per cent – as well as reducing tyre life by up to 30 per cent.

“Given the price we’re paying at the pumps, it’s a no-brainer to look after your tyres.  You’ll save money on fuel, your tyres will last longer and you’ll be safer,” he adds.

ATS Euromaster offers free tyre pressure checks at any of its 370 fast-fit centres nationwide.  Car and van drivers can also take advantage of nitrogen tyre inflation for just £1 per tyre.  Nitrogen molecules are larger than oxygen and seep out of a tyre about three to four times slower than compressed air. As a result, inflating tyres with nitrogen means that the tyre pressure will stay correct for longer – which in turn minimises rolling resistance and saves fuel.

ATS Euromaster is part of the Euromaster Group, which operates in fifteen European countries with 10,700 employees in more than 1,800 service centres. Established in the UK since 1961, ATS Euromaster has 370 service centres (comprising a mixture of retail, comprehensive and truck sites), approximately 1,000 mobile service vans and employs over 2,700 people, providing national coverage of the UK.  It is the largest comprehensive tyre distributor supplying tyres for everything from cars and vans to trucks, coaches, forklifts, agricultural tractors and even construction plant.  In 2010 ATS Euromaster became the first national tyre expert to be accredited by both SAFEContractor and the Contractors Health and Safety Scheme (CHAS).  The company’s technicians are amongst the most highly trained in the fast-fit industry, offering a comprehensive range of products and services including tyres, fleet inspections, nitrogen inflation, brakes, batteries, shock absorbers, oil, exhausts, fault diagnostics, air-conditioning servicing and MOT testing.  Further information is available from www.atseuromaster.co.uk