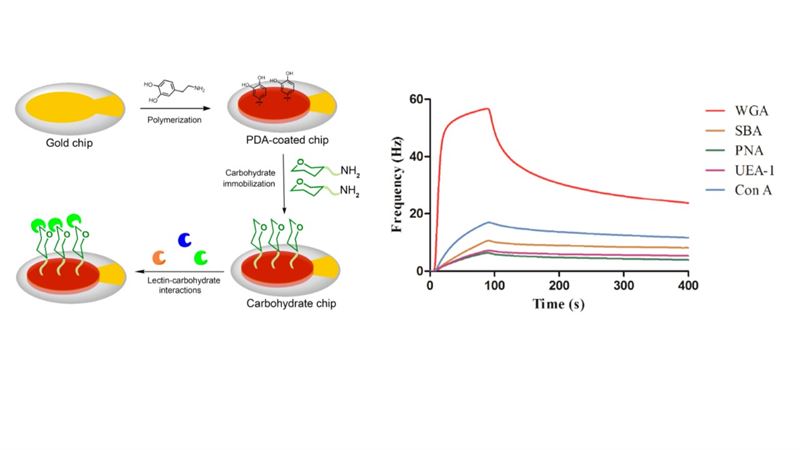 Prof Pei and co-workers at the Northwest A&F University has used Attana’s QCM technology when developing a new carbohydrate functionalized biosensor surface. This concept can be used for the detailed understanding of biomolecules interaction with human carbohydrates and combined with Attana’s cell and bacteria based assays, this form an powerful tool in the development of new pharmaceuticals or antibiotics.

This work follows within Attanas application areas of providing world leading characterization of molecular interactions for drug development. In particular the importance of carbohydrate interactions has been elucidated by several groups using the Attanas QCM-technology. In a recent publication from the group of Prof Solis, the carbohydrate profile of different bacteria were characterized, important knowledge for the development of antibiotics. Previously Prof Salanti and co-workers at Copenhagen University identified a carbohydrate like molecules as a generic cancer target and found that a malaria protein targeting that molecule could be used to cure cancer in animals and Dr Dwek at University of Westminster demonstrated that carbohydrates in the cell membrane affects the accessibility of the HER2 receptor and hence the effect of HER2 targeting antibodies. The current publication from Prof Pei demonstrated a strong complement to the cell-based assays in that sense that cells and bacteria surface contains many different carbohydrates and the possibility to study both the complex and pure interaction of therapeutic molecules with carbohydrates is very powerful.