On June 13, CLEPA, the European Association of Automotive Suppliers, organized for the third time in a row the CLEPA Innovation Awards Gala, in The Hague, Netherlands.

The gala was a breakthrough for Veoneer’s LIV research platform. LIV demonstrates how we can achieve greater safety benefits from automation, as the car and driver will work together to achieve the driver’s goals in a smooth and fast way. LIV is an artificial intelligence-equipped car with the capability to understand and respond to context. When driving with LIV, drivers will not shut systems off which often is the case in ordinary cars, but keep using them, thus increasing the safety benefits of all safety systems available.

LIV finished as second in two separate categories, Safety and Connectivity & Automation, the only project to receive award in more than one category.

“This was a recognition that trust and human/system interaction will be a key to success in automation and autonomous driving,” says Jan Carlson, Chairman, President and CEO of Veoneer after the spin-off from Autoliv has been completed. 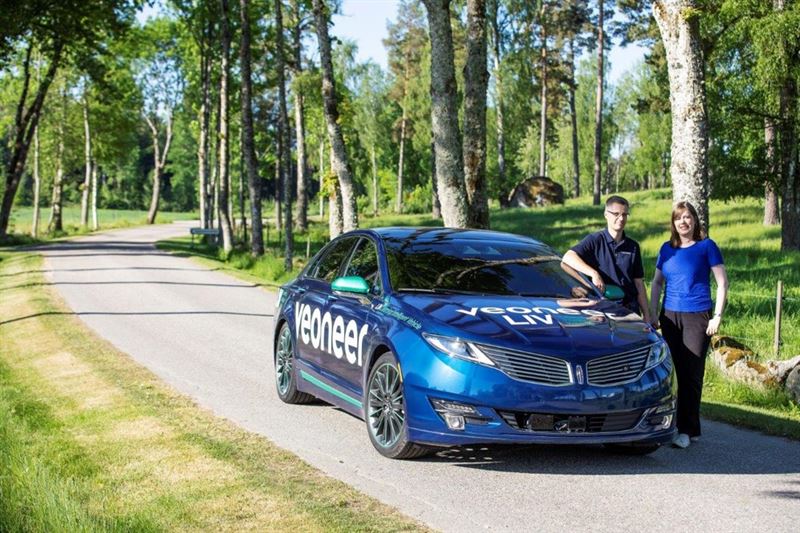 Veoneer has the ambition to be a leading system supplier for advanced driver assistance systems (ADAS) and autonomous driving as well as a market leader in automotive safety electronics products. Veoneer designs and builds state-of-the-art hardware, software, and electronic systems and its offering includes active safety products such as automotive radars, cameras with driver assist systems, night vision systems and positioning systems, restraint control systems, and brake systems. Veoneer and its joint-ventures has 7,500 employees in 13 countries. Veoneer is currently a subsidiary of Autoliv, Inc. with its stock-listing expected on July 2, 2018 on the New York Stock Exchange under the symbol “VNE” and on Nasdaq Stockholm under the symbol “VNE SDB”.

Autoliv, Inc. is the worldwide leader in automotive safety systems, and through its subsidiaries develops and manufactures automotive safety systems for all major automotive manufacturers in the world. Together with its joint ventures, Autoliv has more than 72,000 employees in 27 countries. In addition, the Company has 23 technical centers in nine countries around the world, with 19 test tracks, more than any other automotive safety supplier. Sales in 2017 amounted to about US $10.4 billion. The Company's shares are listed on the New York Stock Exchange (NYSE: ALV) and its Swedish Depository Receipts on Nasdaq Stockholm (ALIV sdb). For more information about Autoliv, please visit our company website at www.autoliv.com.