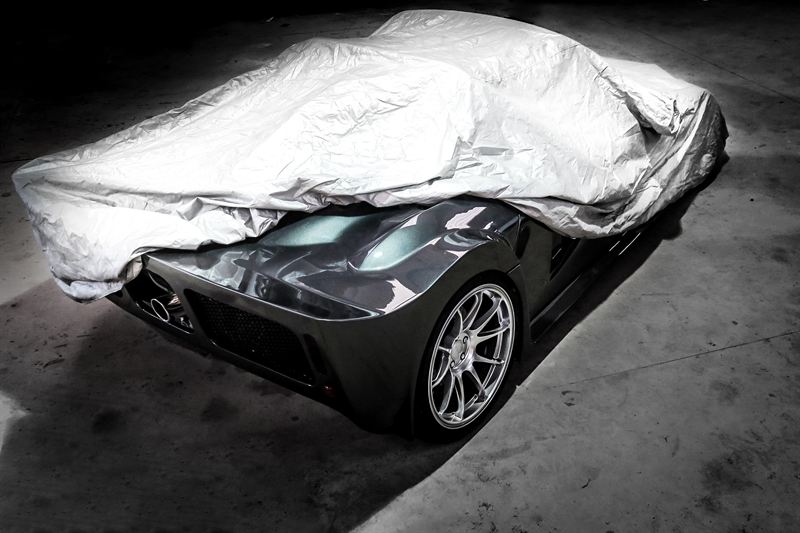 Enthusiasts seeking a balance of pure performance and affordability from every driving experience now have a fresh alternative from British manufacturer Avatar. The Devon-based track and race division of long-standing specialist car producer Marlin Sports Cars has developed the 250bhp 2.0 Ecoboost-engined Roadster to offer road and track day fans a responsive, involving, lightweight car that offers plenty of scope to adjust and upgrade during ownership. The first car will make its public debut at The Performance Car Show on 14-17 January 2016 (Hall 19, Stand 19215), held at the Birmingham NEC alongside sister show Autosport International.

Eschewing the handling and styling compromises of transversally mounting the Ford 2.0 engine behind the driver, Avatar’s engineers mandated the race-substantiated longitudinal installation, driving the rear wheels through a proven Porsche Boxster five-speed gearbox. Underlining an emphasis on performance and commitment to offer the most effective features at this price point, engineers specified in-board adjustable suspension at the rear with Nitron dampers, Quaife LSD, Tilton pedal box and Hi-Spec brakes on the 700kg car. The Avatar Roadster will also be available in a 350bhp version that uses the 2.3l Ecoboost engine from the forthcoming Ford Focus RS and Mustang. Starting with a clean sheet of paper, Avatar’s design team was able to create a custom laser-cut, tubular spaceframe chassis that sits the driver closer to the centreline of the car. “This arrangement not only offers better weight distribution and, we think, purer driving experience but also provides storage space alongside the driver for the optional ‘get me home’ roof,” says Dylan Popovic, Avatar designer and company racing driver.

The chassis, manufactured in-house by Marlin Sports Cars, a producer of chassis for its own cars as well as other niche manufacturers for over 35 years, is clothed in a sleek composite four-piece bodyshell; front and back sections can be removed in less than 30 seconds. The pleasing aesthetics of the Avatar Roadster have been honed by aero specialist Simon McBeath and confirmed by a string of class wins for the development mule running in the Castle Combe Sports & GT Championship. “We have completed over 1,200 laps at the demanding Castle Combe circuit to finesse and prove the quality of the Avatar,” adds Dylan. “Consumers expect to drive to a track day, thrash around all day and come home again without wielding the spanners. The Avatar was conceived with high quality components to do just that.”

Avatar’s back up and technical support is as just as comprehensive as the Avatar Roadster’s specification. A pre-delivery ‘Tailored’ session means each car leaves the factory corner-weighted and setup specific to the buyer’s weight, driving preferences and planned use. “We want to know each of our customers and their cars personally,” adds Terry Matthews, Avatar founder. “Owners can pick up the phone to us any time and get one-to-one support that is often lacking from larger car makers. We also want that ‘community’ element that might see Avatar owners plan a trip together through The Lakes, a coffee and doughnut meet every three months or perhaps a track day on the Continent.”

An unlimited mileage, three-year warranty, provides further peace of mind whilst the engine can be serviced at any Ford garage.

“We want Avatar owners to enjoy a spirited drive on a crisp Sunday morning or turn up to a track day, surprise a few owners of more exotic machines and drive home with a big smile on their face, confident they have a reliable, safe and enjoyable car,” adds Terry.

With four orders already placed, Avatar will deliver the first customer cars in May 2016 and hopes to build a run of up to 25 by 2017. “Ultimately we could produce four to six Avatars a month,” concludes Terry Matthews. “We plan to have a demonstrator available within two months.”

About
Avatar Sports Cars is a track and race division of Marlin Sports Cars.

For over 35 years, the name of Marlin has been synonymous with innovative design and purist driving thrills. Based in Crediton, Devon, the company has designed, built and introduced the Marlin Roadster, Berlinette, Cabrio, the fully-built Hunter and the sophisticated, limited edition Makaira. Marlin's greatest success story has been the Sportster, a classic front-engined, rear-wheel-drive sportscar that combines up-to-the-minute performance and handling with classic styling and high levels of interior space and comfort.

With an established manufacturing and sales base and successful model range, the stage was set for Marlin to respond to a new demand for an exciting, affordable sportscar that would take the clubman sportscar concept to the next level – Avatar Sports Cars was born.