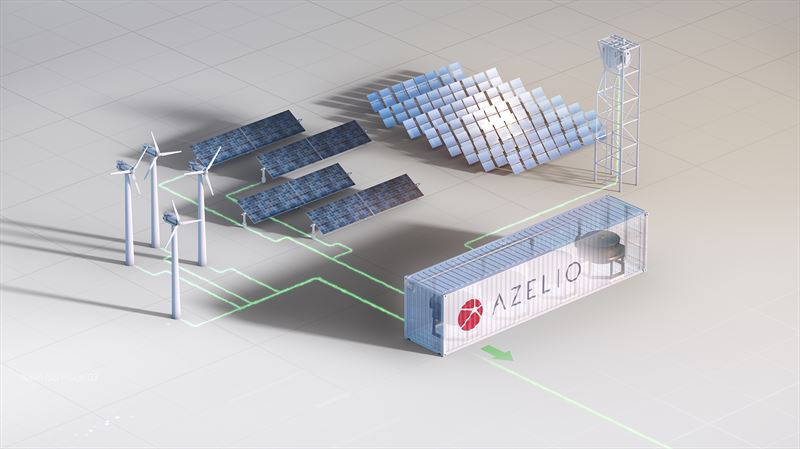 Azelio conducts a successful production premiere at its factory in Uddevalla, Sweden. This is where Azelio assembles its Stirling engine, which has been adapted to the company's energy storage solution with renewable power production for all hours of the day. This is an important interim goal in the company's commercialization and a first step in the verification project that will be installed in Morocco in late 2019.

In parts of Volvo Car's former factory in Uddevalla, Sweden, Azelio has assembly of its Stirling engine. As the company has developed its offer to an energy storage solution with renewable power production, Azelio's production engineers have worked hard to adapt the production to the new specifications. The successful production premiere of the Stirling engine for the renewable power solution represents major progress in the company’s commercialization and marks a first step in the verification project that will be installed in Morocco in late 2019. Azelio has previously assembled Stirling engines in the factory for previous product solutions without energy storage.

Azelio offers a breakthrough solution in renewable energy storage with power production for all hours of the day, free from emissions. The solution is scalable from 0.1 MW to 100 MW. Thanks to volume production of components with suppliers from, among others, the automotive industry together with a high system efficiency, the solution is cost-effective already from small-scale installations.

“This is a very important step in Azelio's progress. A first step in the verification project that will be installed in Morocco later this year. We follow the plan with stepwise progress. Volume production is scheduled to start in mid-2021 and with the company’s progress and the successful production premiere we feel well prepared for it,” says Jonas Eklind, CEO of Azelio

About Azelio
Azelio is a public Swedish company, specializing in thermal energy storage with dispatchable Stirling-based electricity production when and where it is needed, modular and to a low cost. The technology is revolutionary for its unique ability to store thermal energy for production of electricity at nominal effect for 13h. The company has just over 100 employees, headquartered in Gothenburg with production facilities in Uddevalla and development centres in Gothenburg and Åmål in Sweden, as well as international presence in China, Spain and Morocco. Since the start in 2008, the company has invested over one billion SEK in technical development. In June 2018, the company changed its name from Cleanergy to Azelio and in December 2018 the company was listed on Nasdaq Stockholm First North. FNCA Sweden AB, +46(0)8-528 00 399, info@fnca.se, is Certified Adviser.