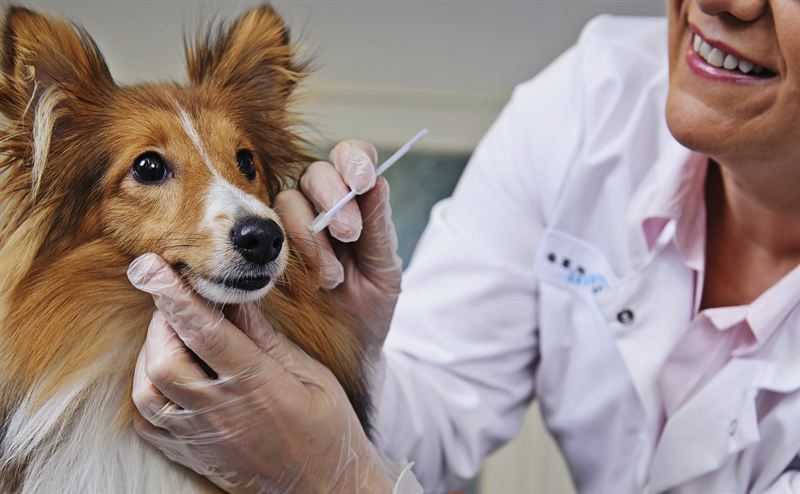 Finland-based Genoscoper Laboratories and Mars Veterinary, a division of Mars Petcare team up to combine proprietary genome technologies and DNA-based product solutions to advance the well-being and relationship between pets, pet owners and veterinarians through valuable insights into pets as individuals.

Genoscoper’s DNA test concept covers almost all known inherited canine disorders, conformational traits, and genetic diversity in one test. Results are reported via MyDogDNA.com, a global online database developed in co-operation with MediSapiens Ltd.,a leading bioinformatics company in Finland. Through the partnership with Mars Veterinary, the MyDogDNA testing concept can now be introduced to a truly global audience of dog owners, breeders, and animal health professionals.

”MyDogDNA testing concept is very versatile and can be used for various purposes by veterinary practitioners and animal owners alike. In the short term, the partnership with Mars Veterinary enables us to reach over 90 % of veterinary clinics on a global scale”, says Tuomas Poskiparta, Director of Genoscoper Laboratories. “Genoscoper and Mars Veterinary share mutual interests and future visions for advancing animal health and welfare. Our partnership is a clear demonstration not only of Genoscoper’s expertise and dedication but also of the high quality of Finnish DNA technology in general. For Genoscoper, this is an important step on our path of becoming the leading DNA diagnostics company for all companion animals.”

Finland is a biotechnology forerunner with local companies and laboratories constantly producing highly-developed research and innovative discoveries in fields like genetics and genetic engineering. The new co-operation will also shift Genoscoper’s operational focus towards specialist services and further reinforce the company’s strong emphasis on research and development, a view shared by Mars Incorporated. Genoscoper’s future research plans include developing DNA technologies for more personalized and predictive healthcare based on the pet’s comprehensive DNA profile.

“This new partnership between Mars Veterinary and Genoscoper will allow Mars Petcare globally to build upon Mars’s United States based leadership in canine DNA testing. We hope it will lead to global next-generation solutions for dogs, owners, veterinarians and breeders” says Neale Fretwell, General Manager of Mars Veterinary. “By combining our efforts, we will bring more advanced, accurate, and relevant DNA tests quicker across the globe, which ultimately means many more dogs and owners will have better relationships. We look forward to working with the team at Genoscoper going forward.”

About Mars Veterinary
Mars Veterinary is a business unit of Mars Petcare, the U.S. operations of the world's largest pet care company at the privately-held Mars, Incorporated. Its mission is facilitating responsible pet care by enhancing the well-being and relationship between pets, pet owners and veterinarians through valuable insights into pets as individuals. For nearly a decade as part of Mars Symbioscience, Mars Veterinary has researched and developed state-of-the-art genetic tests for mixed-breed dogs, revolutionizing personalized pet care. By discovering a mixed-breed dog's ancestry, pet owners and veterinarians can work together to tailor wellness programs that fit the one-of-a-kind needs of a mixed-breed dog. For more information, visit www.wisdompanel.com.

About Mars, Incorporated
In 1911, Frank C. Mars made the first Mars candies in his Tacoma, Washington kitchen and established Mars' first roots as a confectionery company.  In the 1920s, Forrest E. Mars, Sr. joined his father in business and together they launched the MILKY WAY® bar. In 1932, Forrest, Sr. moved to the United Kingdom with a dream of  building a business based on the objective of creating a "mutuality of benefits for all stakeholders" this objective serves as the foundation of Mars, Incorporated today. Based in McLean, Virginia, Mars has net sales of more than $33 billion, six business segments including Petcare, Chocolate, Wrigley, Food, Drinks, Symbioscience, and more than 72,000 Associates worldwide that are putting its Principles into action to make a difference for people and the planet through its performance.