Hudson-Odoi or Mount? One To Watch in Match Attax Ratings 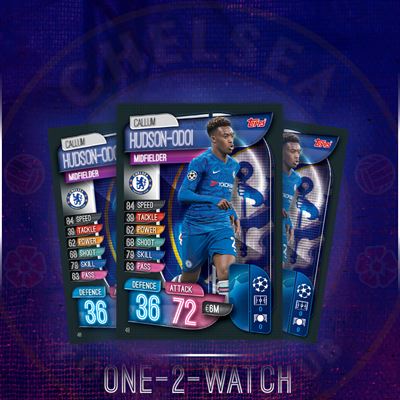 A new football season means of course new Match Attax cards and we were lucky enough to get a sneak peak at some of Frank Lampard’s squad stat as they look to add more silverware to their collection this year.

The Blues’ could have an exciting season under the guidance of former legend Frank Lampard and will hope to better their final position of third last year. Whilst not being able to make no new signings, the return of the coveted Callum Hodson-Odoi (Attack: 72, Defence: 36, Value: £6m) will leave many fans salivating at the thought of him linking up with fellow Cobham graduates Mason Mount and Tammy Abraham.

At the back, the experienced Cesar Azpilicueta (Attack: 44, Defence:  86, Value: £8m) has to be one of the first names on any Blues fans team sheet with some of his wholehearted displays last year. The 29-year-old captain will be expected to lead by example a youthful Chelsea side this season.

In attack World Cup winning forward Olivier Giroud (Attack: 75, Defence: 38, Value: £7m) must be expected to carry some of the weight after the loss of Eden Hazard to Real Madrid over the summer. The former Arsenal man has notched 18 goals in over 60 appearances for us since his move and Lampard will be expecting more from the veteran forward.


You have the chance to find your inner Frank Lampard when the cards are released later this week available in all good newsagents and online from www.toppsdirect.com. 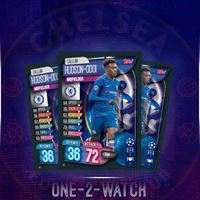 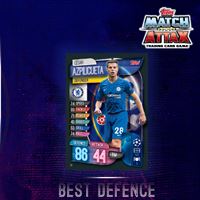