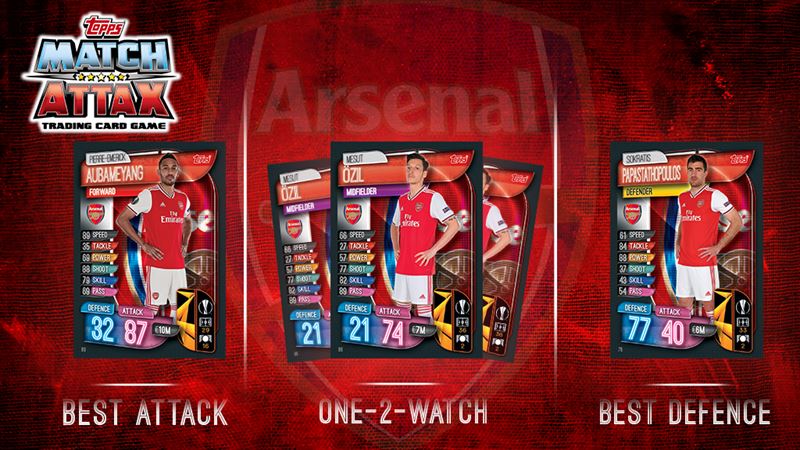 A new football season means of course new Match Attax cards and we were lucky enough to get a sneak peak at some of Unai Emery’s squad stats as they look to add silverware to their collection this year.

The Gunners’ could have a big season under the guidance of Emery alongside some exciting additions in the summer transfer window.  Of course it’s hard to look past star man Mesut Ozil (Attack: 74, Defence: 21, Value: £6m) who has promised so much for so long. Having arrived from Real Madrid in 2013. He has flatted to deceive in the last six years at the Emirates, but his class and pedigree can hurt any of the big boys.

At the back, 31-year-old Greece international Sokratis (Attack: 40, Defence: 77, Value: £6m) will be looking to be Emery’s rock in defence for the second season running. The no-nonsense centre-back will be looking to create a partnership alongside new signing David Luiz and the two’s characteristics could really blend well for the Gunners.

Up front, former Borussia Dortmund striker Pierre-Emerick Aubameyang (Attack:87, Defence: 32, Value:£10m) will want to build on last season in which he won the Golden Boot. The 30-year-old is the main man at The Emirates and looks set to be even more lethal in front of goal.

You have the chance to find your inner Unai Emery when the cards are released later this week available in all good newsagents and online from www.toppsdirect.com.