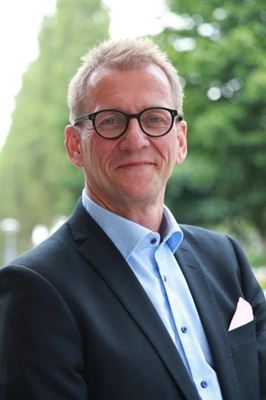 Sarnen, Switzerland, 25 March 2021 – Opterion Health AG, a preclinical Swiss life science company, developing the first novel solution for peritoneal dialysis (PD) in the last two decades, today announced the appointment of Björn Englund as CEO. He will take over this role in April 2021, succeeding Guido Grentzmann, the founder and CSO of Opterion, who will focus his activities on the scientific development of the company and the preparation of the start of Phase I.

The Board of Directors of Opterion Health AG has appointed Björn Englund as CEO of the Company as of 6 April 2021. Björn Englund started his professional career in 1991 as a sales representative at the Gambro Distributor in Saudi Arabia, gradually took over further responsibilities, and in 1996 he became a Managing Director of Gambro Healthcare Sweden AB. He left Gambro in 2006 and moved to Euromedic where he was Vice President of the Dialysis division until 2011. For the next six years he was the President and CEO of DaVita EMEA, and in 2017 was promoted to COO of DaVita International. He left DaVita in 2018 and has since been an Industrial Advisor for EQT, Stockholm.

David Ebsworth, Chairman of Opterion comments: “I am delighted that Björn is joining our company. Thanks to his solid background in dialysis and his strong network in the industry, he is predestined to drive Opterion to further success and to lead the company in such a way that ensures our ambitious milestones can be achieved.”

“After many years of acting as both CEO/CSO of Opterion, it is now time to fully focus on the scientific activities of Opterion – my true passion. Björn joining Opterion as our new CEO is a great step forward for Opterion to become a true player in peritoneal dialysis therapy development, and it is a privilege that Björn has decided to join the company,” adds Guido Grentzmann.

Björn Englund says: “I am incredibly excited to be joining Opterion and help to bring to the market this novel peritoneal dialysis solution that will improve the quality of life of so many patients. The team has done a phenomenal job so far and I look forward to helping to unlock the full potential of this much-needed innovation.”

Opterion was founded in 2012 by scientist Guido Grentzmann. In 2015, a small number of renowned life science investors joined Opterion and meanwhile the team consists of experienced scientists and life science entrepreneurs supported by leading nephrologists in Switzerland and Europe.

The company is developing a novel peritoneal dialysis (PD) solution, aiming to revolutionize the dialysis market. Animal studies have shown the superiority of the Opterion PD solution over the “gold standard” of the current market leader.

As announced some weeks ago, Opterion is relocating its offices from Sarnen (OW) to Muttenz (BL), Switzerland, and will become part of the life science ecosystem in the Basel area. Opterion Health AG