Multiple award-winning Latvian conductor Kaspars Putniņš is appointed Chief Conductor of the Swedish Radio Choir from the 2020-21 season. It is one of the most coveted conducting positions on the international choral scene. The last Chief Conductor was Peter Dijkstra who ended his tenure in 2018, after 11 years. 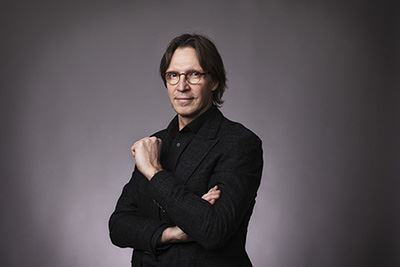 – Kaspars Putniņš is one of the world’s most respected choir conductors. He is thoughtful, imaginative, creative, a brilliant musician and an open-minded individual who can really help us to continue the Swedish Radio Choir's successes into the future. The entire choir supports the choice of Kaspars Putniņš as new Chief Conductor, says Staffan Becker, General Manager at Berwaldhallen, Swedish Radio Concert Hall.

Putniņš is also the Artistic Director and Chief Conductor of the Estonian Philharmonic Chamber Choir and has had a close relationship with the Latvian Radio Choir for nearly thirty years. He regularly appears with prominent ensembles such RIAS Kammerchor, the Collegium Vocale Gent and the NDR Kammerchor, and has initiated several scenic projects in collaboration with actors and visual artists. He has made several acclaimed recordings, including music by Schnittke and Pärt on an album that was awarded both a Gramophone Award and a Diapason d’Or

– The Swedish Radio Choir is a treasured ensemble that we are immensely proud of at the Swedish Radio. They have been an important part of Swedish music for almost 100 years. Taking on the role of Chief Conductor means upholding the choir’s proud tradition while simultaneously breaking new ground through their important contributions to Swedish Radio’s cultural activities, says Cilla Benkö, Director General of Swedish Radio.

– I still can’t believe it! I didn’t hesitate when I got the question. This is a dream job for any conductor. The Swedish Radio Choir has a unique combination of singing technique and artistic sensibility. Their ability to convey musical details, to inspire each other and become engaged by the music makes working with them a unique and wonderful experience, says Kaspars Putniņš.

The Swedish Radio Choir was founded at the same time as the Sveriges Radio, almost 100 years ago. Through commissions and collaborations with contemporary composers, the choir has paved the way for new repertoire with a sound that has set an example for professional choirs worldwide. The Chief Conductors who have held the role the longest are Eric Ericson, who led the choir 1952–1982, and Peter Dijkstra 2007–2018. More information about the Swedish Radio Choir’s concerts during the 2020–2021 season will be presented on March 17.