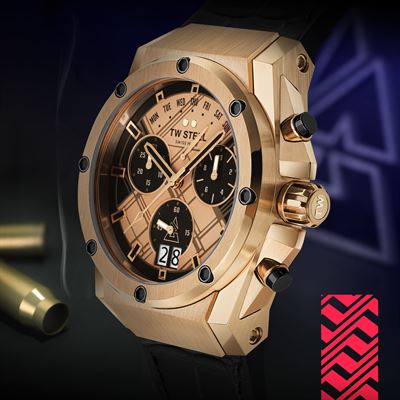 The winners of this weekend’s BLAST Premier Global Final will not only be crowned champions of world Counter-Strike and claim a huge chunk of the $1M prize pool but they will also receive a TW Steel one-off CS:GO-inspired gold watch to mark their achievements.

The limited edition TW Steel esports watch has been specially made for the winners of the highly anticipated Global Final on Sunday. Each watch is valued at $3,000 and only eight are currently in existence. The design is inspired by the BLAST Premier trophy and Global Final Golden skin.

The BLAST Premier Global Final started on Tuesday and is the culmination of a 12-month Counter-Strike tournament series where the world’s eight best teams and challengers battle it out in the final for part of the $1M prize pool.

Nicolas Estrup, VP of Product at BLAST, said: “Winning the BLAST Premier Global Final takes huge dedication to one's craft, sacrifice and of course timing with players always up against the clock in each round. With the help of TW Steel, we wanted to immortalise and reward this achievement by giving the players something unique to remind them of their victory for years to come. This partnership is truly a first of its kind in esports and collaborations like these make it stand out from the rest.”

Jordy Cobelens, CEO of TW Steel, said: ““This was such an enjoyable timepiece to create. At TW Steel we build every watch to make a statement and this Global Final Winners Watch is a massive one. Working with BLAST has been inspiring and combining both worlds by matching the design with the Global Final skin makes me very proud. I wish I had a chanceto win the tournament.”

BLAST, the global esports entertainment company, teamed up with leading watch brand TW Steel back in June last year to create a collection of CS:GO-inspired watches for lovers of esports to get their hands on.

TW Steel have taken inspiration in the watch design from one of the world’s most popular and played computer games and combined it with elements that the Dutch watch brand have become renowned for over recent years - design, attitude and Swiss quality standard.

About BLAST: We are BLAST - the global esports media network delivering world class entertainment experiences. Whether it be intimate broadcast studio shows, arena events, digital platforms or top-class multi-platform content, we create the most exciting, exhilarating and euphoric moments in esports. Make sure you check out BLAST Premier; our worldwide Counter-Strike: Global Offensive tournament where the best teams and brightest stars are fighting it out for a $2.475m total prize pool. In 2020 alone, BLAST has been broadcast around the world in 105 territories to over 151m households, find out more on BLASTPremier.com. 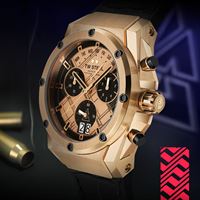