VENN AND BLAST TEAM UP TO FUEL ESPORTS EXPANSION 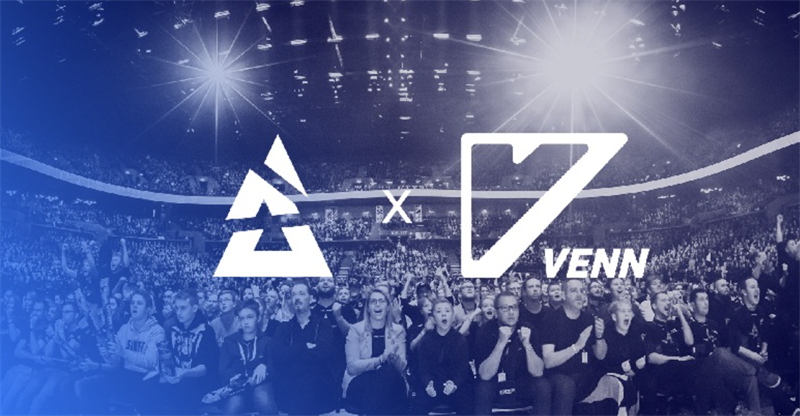 The initial team-up will be on the upcoming BLAST Premier Global Final next week. VENN will produce multiple segments with a stacked line-up of special guests from the esports world, entertaining music skits and deep fan engagement, all from the VENN Playa Vista, Los Angeles studio. The Global Final is the culmination of a 12-month Counter-Strike tournament series during which the eight best teams and challengers battle it out for a $1M USD prize pool.

“This partnership is exactly what we’ve been waiting for and we can’t wait to get started,” says Ariel Horn, VENN co-CEO. “Our team has a rich history in this space, having produced many of the most-watched esports events of all time, including League of Legends Worlds and the Fortnite World Cup. We have been blown away by BLAST’s brand of dynamic, entertaining and professional events and its rapid expansion across the space. All of those elements combined with our studio infrastructure and programming capabilities make this a perfect match.”

In 2020, BLAST saw over 146 million views and 1.5 billion minutes of content consumed across its platforms while expanding its product offering to bring over 500 hours of world-class esports to fans in multiple formats including popular titles CS:GO, VALORANT and DOTA 2. The esports entertainment company has over 1 million subscribers and followers and is enjoyed across the world in over 105 territories.

“BLAST is the fastest growing esports tournament organizer in the world and has proven itself a highly valuable proposition for multiple brands,” says Robbie Douek, BLAST CEO. “We are excited about what this collaboration will mean for both our fans and esports fans overall.”

As part of the relationship, VENN will own the North America (NA) qualifier series for BLAST Premier 2021. This unique tournament will invite eight leading NA CS:GO teams to battle it out for a chance to qualify for the overall BLAST Premier series.

In addition, VENN will co-create, execute, broadcast, and sell an expanded slate of shoulder programming across future BLAST events. Additionally, VENN will offer the full suite of future BLAST Premier tournaments across its extensive broadcast network.

Tune in Sunday, January 24 to catch the VENN x BLAST Premier World Final and be prepared for an abundance of great Counter-Strike accompanied by high energy segments out of the VENN studio in Los Angeles.

About BLAST: We are BLAST - the global esports media network delivering world class entertainment experiences. Whether it be intimate broadcast studio shows, arena events, digital platforms or top-class multi-platform content, we create the most exciting, exhilarating and euphoric moments in esports. Make sure you check out BLAST Premier; our worldwide Counter-Strike: Global Offensive tournament where the best teams and brightest stars are fighting it out for a $2.45m total prize pool. In 2020 alone, BLAST has been broadcast around the world in 105 territories to over 151m households, find out more on BLASTPremier.com.