ihomes will give street children a roof over their heads

As Aktiebladet reported earlier, the Swedish company Blockhomes has a cooperation with the government of Burundi, which will provide the countryside with renewable electricity. The assignment also includes the sub-project ihomes. 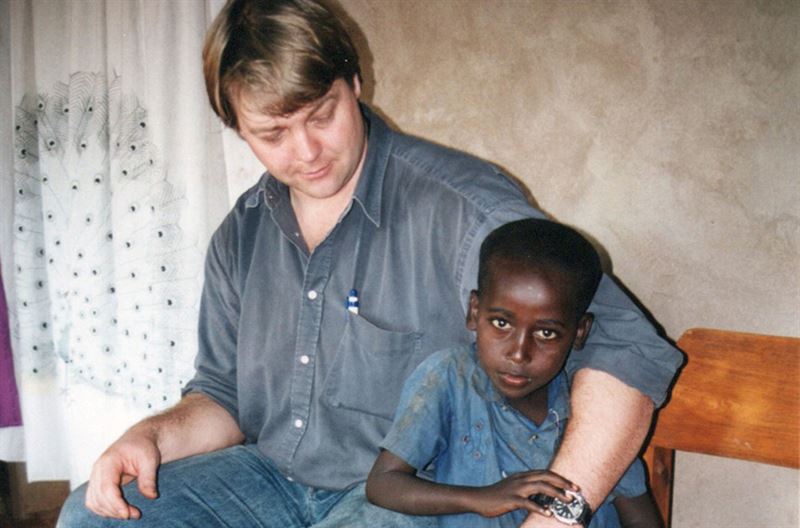 Peter Rinaldo with an orphan boy in Burundi.

Since Burundi's history is lined with both war and genocide, the country today has many street children who have lost their family and do not have a roof over their heads. To facilitate these children, Blockhomes has included the Ihomes subproject. This means that couples who live in the area and have been provided with electricity and the internet should be able to receive these street children and give them a permanent residence and thus also a new family.

- It will be like some kind of adoption. Sharing this way is something that is traditionally rooted in the Burundian people. The interest in helping in this way is thus, but earlier the lack of financial resources has made getting street children have received this help. We want to change that, says Peter Rinaldo from Blockhomes.

Cooperation with Burundi has been developed for several years and now this summer the project was ready for financing. Then Rinaldo was recommended to cooperate with Blockhomes. When they got into the project, the project got air under the wings and set speed properly.

- Now it is ready for exploration of the areas we have been awarded by the Ministry of Energy in Bujumbura and with ihomes I am sure that the electrification process will be both stable and successful, and also appreciated in a human perspective. ihomes was initiated by Blockhomes and as I have lived with street children in the Great Lakes area for several years before making a documentary, II became all fire and flames when I heard of it.

On January 14, Peter Rinaldo travels to Burundi to prepare the launch of the project, which will provide the countryside of Burundi with electricity supply as well as helping the country's street children to a safe accommodation. According to Rinaldo this is also an important incentive for the modern investors.

- The growth economy of the 20th century is passé. Instead, the younger generation of investors today places great demands on the investment's sustainability and future thinking, says Peter Rinaldo.