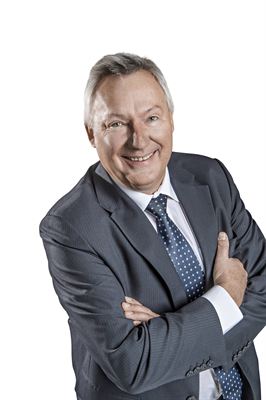 December 16, 2015, Norway: The United States Coast Guard (USCG) is standing firm over its requirement that it will not approve ballast water treatment (BWT) systems if they fail to kill the potentially invasive marine organisms transported in ballast water. While this is bad news for most manufacturers of systems utilising ultraviolet (UV) irradiation – an environmentally friendly solution that uses no chemicals – it is good news for Norway’s Optimarin, which is now on the brink of full USCG approval.

In a statement released on 14 December, USCG said that it had informed a group of UV system manufacturers that it would not accept the Most Probable Number (MPN) testing method in its approval process. The MPN methodology evaluates organisms on the basis of ‘viable/unviable’, with most UV systems depositing ‘unviable’ organisms back into the water – meaning they are still alive but cannot reproduce.

However, USCG is insisting that its FDA/CMFDA test, which judges life forms as ‘living/dead’, must be the standard for approval. This approval is imperative for any shipowner that wants to discharge ballast in US waters after 1 January 2016.

“This is a clear indication to the industry that USCG wants absolute certainty with regard to standards – they do not want living organisms deposited in their territory,” comments Tore Andersen, Optimarin’s CEO. “MPN is acceptable for IMO, but that won’t be any consolation to shipowners with global fleets that want the flexibility of sailing in and out of US waters.”

He continues: “USCG is currently accepting Alternate Management Systems (AMS), whereby vessels with systems already approved by another flag state can discharge ballast in US waters, but these will only be accepted for a period of five years after the vessel’s compliance date. At that point, if they haven’t met the USCG’s own ‘instant kill’ standard, they will have to be changed.

“That’s a burden of potential cost and uncertainty that shipowners operating in today’s tight market shouldn’t have to contend with.”

Optimarin, which has over 20 years of industry experience and installed the world’s first commercial BWT system in 2000, is the only UV manufacturer that is currently within “touching distance” of USCG approval.

Its technology is the first of its kind to meet the USCG marine water requirements, successfully satisfying the FDA/CFMDA criteria during testing this year. Further tests of remaining water salinities are scheduled for spring 2016, after which point approval is expected later in the year.

Andersen says the system’s power is the key to its efficacy, explaining: “Each of our system lamps has a 35kw capacity, which is huge for a UV system. That power instantly kills invasive organisms and that’s exactly what USCG wants to see.

“We’re delighted to be leading the way in our segment and full USCG approval will consolidate that position. We believe this demonstrates that our years of hard work and investment in creating a simple, reliable and effective system – that, thanks to its modular nature, is easy to install and retrofit – have really paid off.”

Optimarin has now sold over 350 of its systems to shipowners across the world, with more than 270 installed, over 60 of which are retrofits. Its worldwide engineering agreements with Goltens and Zeppelin Power Systems ensure it offers its technology where and when it’s needed, meeting all individual client requirements.

One major client of the business is Saga Shipholding. Optimarin signed a frame agreement with the open hatch bulk shipper in 2011 and has since gone on to install 26 systems, including eight newbuild installations, on a fleet that currently numbers 32 vessels. The remainder will receive their BWT units during 2016.

“I can’t overstate the importance of USCG approval to us,” he stresses, “it’s basically a ‘ticket to trade’. We’re very happy that we chose Optimarin, for both their system’s technology and its compliance, with full USCG approval on the horizon.”

On the subject of AMS accepted units he says there is a “real risk”, noting: “They’re compliant now, but will they be in five years time? The cost of changing existing systems across a fleet to ensure compliance would be disastrous, just disastrous.

“Making the right choice for BWT systems is crucial,” he concludes. “Shipowners have to choose systems and suppliers they trust. We did, and that decision, now more than ever, looks to be completely correct.”

Blue-C is a team of English language communications, marketing and PR experts. We specialise in the maritime, offshore, energy and wider business-to business arenas.We are a global provider of professional corporate writing services.