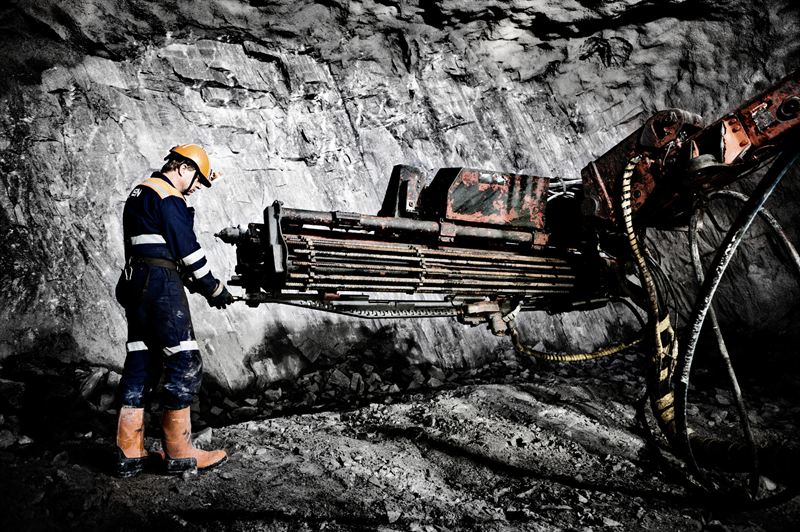 “The year-on-year decrease in the profit is due to poorer market terms and lower production, while the decrease in comparison with the previous quarter is caused by weaker production in the mines due to low grades,” says Boliden’s President and CEO, Lennart Evrell.

“On the plus side, cost increases have continued to be low and the Smelters’ earnings are stable. We are also very pleased to currently be in the midst of a very intensive phase of the Garpenberg mine expansion and this past quarter saw work start on installing equipment in the new concentrator and underground. The challenges during the first quarter were posed by the Aitik and Boliden Area mines: production at Aitik suffered a number of minor disruptions due, in part, to a severe winter, while in the Boliden Area we have been mining in low grade areas and the quality of the ore mix consequently fell,” explains Lennart Evrell.

Global industrial production growth levels during the first quarter were slightly down on levels in the fourth quarter of 2012. Industrial production and GNP continued to grow strongly in China, but the growth rate during the first quarter was lower than in the same quarter of 2012. The global metals and mined concentrate markets were balanced and Boliden’s sales to industrial customers remained strong. Metal prices have fallen sharply since the end of the quarter and official copper stock levels have increased, and metal market trends are difficult to predict at present.

Boliden's Annual General Meeting (AGM) will be held on 3 May at 3 p.m. CET at the Stockholm Waterfront Congress Centre.