BradsDeals is your one-stop source for the latest coupons & deals from thousands of leading retailers. We give you the answers you need to make informed shopping decisions. Every day, we sort through thousands of coupons, sales and promotions but only publish the best 100 or so for our readers. Our standards are high. We publish only what we would recommend to close friends and family members, so you can recommend them to yours!

61% of Black Friday Shoppers Began on Thanksgiving DayChicago, IL – Brad’s Deals , the 2-million-subscriber website for shopping deals and advice, released data from a 1,100 user poll on their BlackFriday2011.com  site, finding that 70% of shoppers stood in line for Black Friday sales with 61% of shoppers beginning on Thanksgiving Day.“While several shoppers and employees were disgruntled by the Thanksgiving openings this year, most weren’t willing to forfeit their savings for extra time at the dining table,” said Brad Wilson, 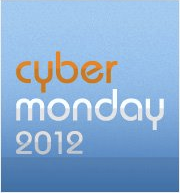