The New York Times and Byliner Publish ASPERGER LOVE: Searching for Romance When You’re Not Wired to Connect 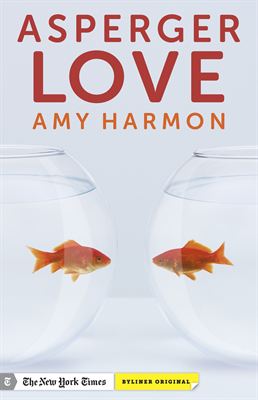 “A wonderfully intimate look into the difficulties that people on the autism spectrum have forming romantic relationships. Required reading for couples, parents, teachers, and counselors.”

—Temple Grandin, author of Thinking in Pictures and The Autistic Brain

March 12, 2013—New York and San Francisco— Jack didn’t really like kissing. To him it was just mashing your face against someone else’s. Kirsten didn’t like being caressed. Like all couples, they argued, but in their case, lacking an inborn intuition about what goes on inside other people’s heads, small disagreements about subjects like how to chop cauliflower spiraled out of control. Such is love between two people with Asperger syndrome—Aspies, as they often call themselves.

In Asperger Love ($2.99), published today by The New York Times and Byliner, Pulitzer Prize–winning Times correspondent Amy Harmon chronicles with humor and pathos the ups and downs of a 19-year-old boy in western Massachusetts and his 18-year-old girlfriend as they work to figure out how to live together. The e-book expands on an award-winning article that was published in The Times in December 2011.

Amy Harmon watches and listens and writes in novelistic detail as Jack and Kirsten struggle to master romance and intimacy the way other kids struggle with math. Because of what is sometimes described as “mindblindness,” many parents, teachers and mental health professionals have assumed that individuals with Asperger syndrome are incapable of, or indifferent to, intimate relationships. The therapies and school programs designed to help them as the condition became better identified have focused instead on academic success, forging friendships and finding employment.

Yet as they reach adulthood, the quest of many in this first generation diagnosed under a broader definition of autism is turning out to be the same as that of many of their nonautistic peers: to find someone to love, who will love them back. With one in 88 American children estimated to have an autistic disorder, how they fare at reaching that goal, experts say, is sure to figure into the prevalence of symptoms that are not part of autism but often come to coexist with it: depression, anxiety, and loneliness.

In Asperger Love, parents and friends of those with the syndrome will learn what to expect of the Aspergian children in their lives. And every reader will discover, again, what it is to be human.

About the Author: Amy Harmon covers the impact of science and technology on American life for The New York Times. She has won two Pulitzer Prizes, one in 2008, for her series “The DNA Age,” and the other as part of a team for “How Race Is Lived in America,” in 2001. Harmon has also won the Casey Medal for excellence in reporting on children and families, in 2012, and the National Academies of Science Communication Award, in 2011. Harmon studied American culture at the University of Michigan and lives in New York City with Scott Matthews and their 8-year-old daughter, Sasha.

About Byliner: Byliner works directly with the world’s best writers to deliver great stories to readers. We publish original fiction and nonfiction by top authors, including bestsellers such as Amy Tan’s Rules for Virgins, Margaret Atwood’s Positron, Jon Krakauer’s Three Cups of Deceit, Ann Patchett’s The Getaway Car, Nick Hornby’s Everyone’s Reading Bastard, Buzz Bissinger’s After Friday Night Lights, Chuck Palahniuk’s Phoenix, Nicole Krauss’s An Arrangement of Light, and Sebastian Junger’s A World Made of Blood. These quick-read stories are written to be read in two hours or less, and can be purchased individually through major digital bookstores. The entire Byliner Originals library is available online to Byliner subscribers, who also get access to premium content from our by-invitation community of writers—including thousands of rarely seen and exclusive stories by bestselling authors.

Asperger Love is available for $2.99 at the Kindle Store at Amazon, as a Quick Read at Apple’s iBookstore, as a Nook Snap at BarnesAndNoble.com, as a Short Read at Kobo, and at NYTStore.com/ebooks. To read an excerpt, visit Byliner.com. For an Advance Reading Copy or to schedule an interview with Amy Harmon, please contact Danielle Rhoades Ha at Danielle.Rhoades-Ha@nytimes.com, 212-556-8719; or Clare Hertel at clare@byliner.com, 505-474-6783.

Byliner works directly with the world’s best writers to deliver great stories to readers. Named “one of the 10 Most Innovative Media Companies in the World” (Fast Company), Byliner is a subscription reading service and digital publisher of award-winning short fiction and nonfiction. A Byliner subscription provides unlimited access to more than 30,000 stories by hundreds of bestselling authors, as well as personalized story suggestions based on your reading time and interests. The entire library of Byliner Originals—including bestselling e-books by Margaret Atwood, Nick Hornby, Jon Krakauer, Ann Patchett, Nicole Krauss, Alexandra Fuller, Richard Russo, and Sebastian Junger—is available in the subscription service and through the major digital bookstores.