At the End of the Rainbow: California Inns Near Gay-Pride Events 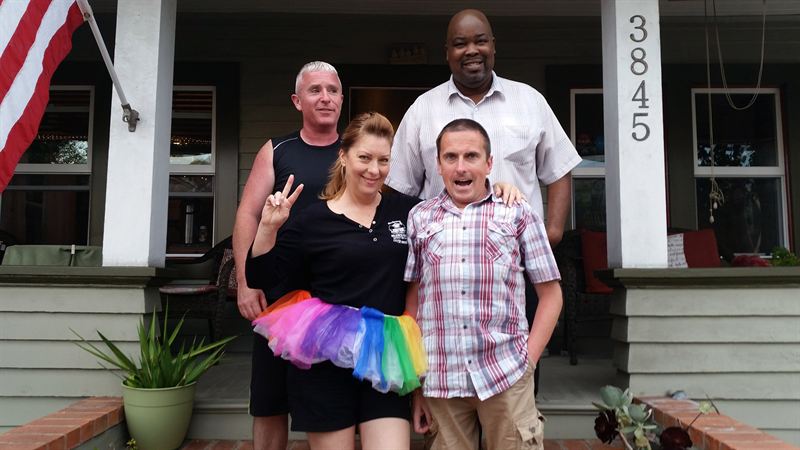 Sacramento, CA [May 26, 2016]--Pride season kicks off in June, and California’s event calendar is packed with gay pride parades and events across the Golden State. For pride fans looking for a place to stay close to the action, California bed and breakfast inns offer far more than proximity and a comfortable bed. Innkeepers cater to guests with special deals, pre-parade breakfasts and more.

Commemorating the Stonewall Riots in June of 1969 and the emergence of the gay pride movement, San Francisco’s Gay Pride Parade is the nation’s largest (and along with New York City’s pride parade), it is also the longest running. The 46th annual San Francisco Gay Pride Parade will be held on Sunday, June 26, 2016.  The historic Inn San Francisco is just four blocks from the BART station at Mission and 24th Street; BART serves four stops along the parade route including the festivities at the Civic Center.  The 1872 Italianate inn features Victorian antiques, featherbeds, fresh flowers, a charming English garden with hot tub and a sundeck with panoramic views of the city.  Its location in the Mission District provides great access to public transportation and gay pride events running the full month of June, including San Francisco's 40th annual LGBT Film Festival and the San Francisco Giants’ annual LGBT Night at AT&T Park on June 24, 2016.

The historic Casa Bella Inn is just minutes away from Sonoma Valley’s annual Out in the Vineyard Gay Wine Weekend.  Considered the largest gay wine event in the world, Gay Wine Weekend hosts events for three days in June all around Sonoma Valley.  This year’s events will run June 17-19, 2016.  A short drive from all the venues, Casa Bella Inn makes an ideal base camp for the Gay Wine Weekend.  The beautifully-renovated inn is nestled on a two-acre estate with a heart-shaped labyrinth, bocce court and a sundeck with private cabanas and a hot tub.  Take advantage of the inn’s Early Bird Special and save 10% off a stay during Gay Wine Weekend for reservations made before April 30, 2016.

In San Diego’s vibrant Hillcrest neighborhood, the Hillcrest House Bed & Breakfast places guests within walking distance of all the rainbow waving flag celebrations for the city’s annual LGBT Pride Weekend. This year’s festivities kick off on Friday, July 15, 2016 with the Pride of Hillcrest Block Party, which is a 15-minute walk from the inn.  Saturday morning’s parade route is four blocks away, and the innkeeper gets her guests off to a great start with a hearty breakfast, beach chairs, Styrofoam coolers and plenty of sunscreen. The large entertainment stages for the Pride Music Festival at Balboa Park are just a 20-minute walk away.  The warmly-furnished 1910 Craftsman-style Hillcrest House provides a great base for exploring all of San Diego.  A stay includes a full breakfast, off-street parking, free WiFi, beverages and more.

Later in the year, Palm Springs will host its annual Pride Week November 1-6, 2016.  Key events include the weekend festival November 5-6, and the parade on Sunday.  Guests of POSH Palm Springs Inn near downtown can enjoy swanky digs with great hospitality within walking distance of the festivities.  The inn features a courtyard pool and hot tub, complimentary homemade breakfast, and an evening happy hour with appetizers, wine, cold beer and the inn’s signature POSH martini.

For more information about these and other California bed and breakfast inns, visit www.cabbi.com. 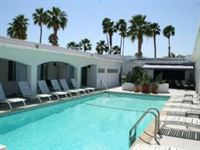