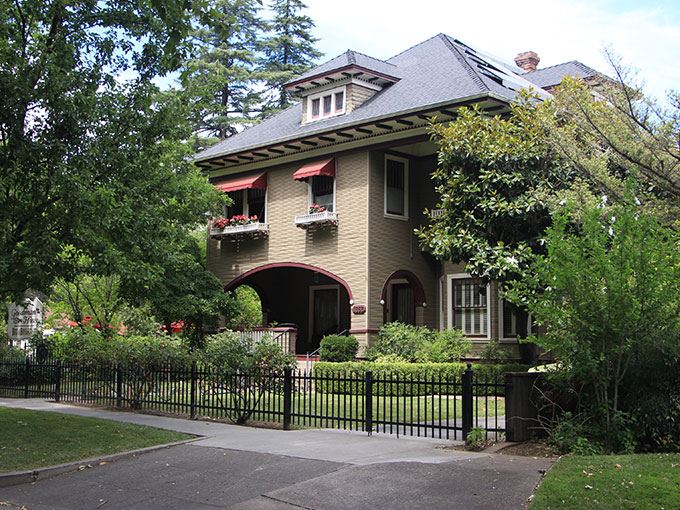 SACRAMENTO, CA [September 23, 2019]—With college campuses back in session for the fall, the California Association of Boutique & Breakfast Inns (CABBI) has compiled some of the best inns near California’s universities for visiting parents, prospective students, and cultural enthusiasts.

The historic Goodman House is grand home nestled on a beautiful tree-lined esplanade, within walking distance of California State University, Chico, as well as the charming shops and cafés in downtown.  University guests appreciate the Goodman House for its handsome rooms with antique furnishings, fine linens, and delicious breakfasts. The university is the second oldest in the 23-campus California State University system, consisting of a 119-acre main campus, an 800-acre university farm, and 2,330 acres of ecological reserves. The university’s attractions include the Gateway Science Museum, the Janet Turner Print Museum, and the Jacki Headley University Art Gallery. There’s also no shortage of performances, special events, and lectures on campus. Nearby Bidwell Park offers an abundance of outdoor activities for the cyclists, hikers, and fishermen in the family.

Surrounded by graceful old trees, the Bear Creek Inn is a grand, white colonial on nearly two acres, yet close to both downtown Merced and the University of California, Merced (UC Merced). UC Merced is the tenth and newest of the University of California campuses, an impressive collection of eco-friendly architecture bounded by Lake Yosemite and featuring two canals that run through campus. Tastefully decorated with an eclectic mix of antiques and artwork collected from a lifetime of travels, Bear Creek Inn greets guests with a sprawling tree-shaded lawn, a wide brick patio, a semi-circular porch supported by towering white columns, and a sweeping spiral staircase. As the only bed and breakfast in town, the inn hosts many of the university’s visiting professors and parents in its beautiful guest rooms and cottages.

Just down the hill from the University of California, Santa Cruz (UC Santa Cruz), West Cliff Inn is perched on a bluff directly across from Cowell's Beach and the Santa Cruz Wharf.  It’s also a stone’s throw from the famous Santa Cruz Beach Boardwalk and the oceanfront bike path along West Cliff Drive.  A restored historic Victorian mansion with ocean views, the West Cliff Inn features a breezy, coastal-inspired décor, with fabrics in crisp blues and whites, rattan furnishings, and local artisan embellishments. Above town, UC Santa Cruz sits on over 2,000 acres of rolling meadows and forests overlooking the Pacific Ocean and Monterey Bay.  Campus attractions include the UC Santa Cruz Arboretum, Alan Chadwick Farm and Garden, Sesnon Art Gallery, and the Seymour Marine Discovery Center.

The renowned California Polytechnic State University in San Luis Obispo (Cal Poly) is one of the largest college campuses in the U.S. and is the alma mater to many in Silicon Valley. In keeping with the university’s stature and the town’s charm, there’s an abundance of boutique hotels within two miles of campus. Heritage Inn B&B is known for its historic charm and clean, comfortable rooms. San Luis Creek Lodge, one of newest hotels in SLO features Craftsman style, luxury amenities, and spacious rooms. Petit Soleil serves sought-after breakfasts and has a colorful French country ambiance that evokes Provence. Granada Hotel & Bistro is often praised for its farm-to-table cuisine and old-world charm that includes hardwood floors, exposed brick walls, and antique Persian rugs. SLO Brew Lofts is uniquely located above a laid-back brewpub and has a modern, urban aesthetic with a touch of steampunk flair. Garden Street Inn boasts soothing Queen Anne and Italianate design and world-class amenities like jacuzzi tubs, fireplaces, and private decks.

The University of California, San Diego (UCSD) occupies 2,141 acres in La Jolla near the Pacific Coast. More than a dozen public art projects decorate the campus, including the Sun God (a large, colorful winged creature), a building that flashes the names of vices and virtues in bright neon lights, and a large coiling snake path that circles around its own garden and a large granite book-shaped block. Within five miles of the campus are two of the region’s most sought-after inns. Pantai Inn is reminiscent of the tranquil retreats of Bali, complete with ocean views and hand-picked custom furnishings and carvings imported from Bali. The Bed & Breakfast Inn at La Jolla is just one block from the ocean, and is known for its freshly baked cookies, wood-burning fireplaces, inviting rooms, and serene gardens.

The University of California, Santa Barbara (UCSB) is located on cliffs directly above the Pacific Ocean. In fact, it’s one of only a few universities in the United States with its own beach. Within ten miles of UCSB are four inns with distinct personalities to fit any traveler’s preferences. The Eagle Inn is in a quiet neighborhood two blocks from the beach and is distinguished by its classic Spanish Mission style. Simpson House Inn is a luxury boutique hotel in a historic mansion, nestled on an acre of meticulously manicured English gardens within walking distance to State Street. Cheshire Cat Inn consists of two side-by-side stately Queen Anne Victorian homes a block from State Street, surrounded by lush flower-filled gardens and patios. Secret Garden Inn is a charming home-away-from-home, with cheerful floral-themed rooms and a lovely garden.

For more information about these and other California inns, visit www.cabbi.com. 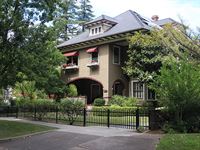 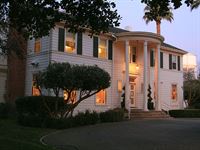 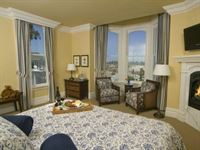 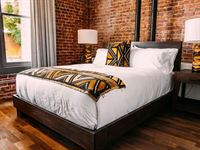 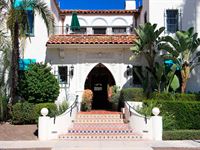