SACRAMENTO, CA [December 17, 2015]—Stretching from San Diego to Sonoma, the 600-mile Camino Real connects California’s historic Spanish missions, presidios and pueblos. Over 200 years later, it remains a popular route for travelers exploring California’s history. The California Association of Boutique & Breakfast Inns has compiled a list of mission highlights and nearby inns for exploring the Camino Real.

Beginning with California’s first mission, which was founded in 1769, the Mission Basilica San Diego de Alcalá still has the original bell bearing the King of Spain’s mark. Mission San Diego was named a basilica in 1976, and Pope Francis recognized the mission’s founder, Father Junipero Serra, as the first saint canonized on U.S. soil. From the mission, it’s a quick drive to the Hillcrest House Bed & Breakfast, with five newly-renovated guest rooms and a breezy front porch. Located in a vibrant uptown neighborhood known as “Restaurant Row and Craft Beer Heaven,” Hillcrest House is a wonderful base to enjoy both the history and eclectic energy of urban San Diego.

Established in 1786, Old Mission Santa Barbara endures as the city’s cultural and historic center. Known as the “Queen of the Missions” for its well-preserved grandeur and beauty, Old Mission Santa Barbara is the only California mission continuously occupied since its founding.  Its 12 acre garden is a tour of California’s botanical heritage.  From The Eagle Inn in Santa Barbara’s West Beach neighborhood, guests can ride on complimentary cruiser bikes from the beach to the mission.  The inn echoes the mission’s architectural charm with its abode walls, red-tiled roof, arched doorways, carved wooden doors and hand-painted tiles from Mexico, and offers well-appointed rooms near the beach.

Old Mission Santa Inés, or the "Mission of the Passes" in Santa Barbara Wine Country was the 19thof California’s 21 missions.  It holds a rich collection of artwork and paintings, vestments, manuscripts, and artifacts, and commands a superb view of the Santa Ynez River Valley and the Santa Ynez and San Rafael mountain ranges. The church decorations were done under the direction of skilled artisans inspired by neoclassical design. After touring the mission, ForFriends Inn in downtown Santa Ynez places guests within walking distance of restaurants, shops, and wineries. The main house has a wraparound porch, or guests can choose the cozy Carmichael Cottage or unique two-level Sunstone Tower suite.

17 miles northwest of Old Mission Santa Ines, La Purisma Mission near Lompoc was the 11th mission established by the Franciscan Fathers and is now a state historic park. A five-acre garden shows native and domestic plants typical of a mission garden, while burros, horses, longhorn cattle, sheep and goats roam in a corral located in the main mission compound. In addition to the historic buildings there is a picnic area and approximately 25 miles of hiking trails.  One of the closer inns to La Purisma Mission is Victorian Mansion Bed & Breakfast. This 1864 Victorian mansion offers themed suites featuring in-room hot tubs, and fireplaces. Spiral staircases, an Egyptian sarcophagus, a chariot and a 1956 Cadillac convertible are just a few of the curiosities you'll find inside.

In Carmel, San Carlos Borroméo Mission was founded by Father Serra in 1771.  The mission in Carmel was Father Serra’s favorite, and he lies buried in the sanctuary of this church which is now known as Carmel Mission Basilica.  With a terracotta tile roof, multiple bell towers and massive buttresses, the stone basilica features catenary arches and beautiful Moorish details. Inside, its five museums explore the history of one of California’s most important heritage sites. The nearby Tradewinds Carmel is a hidden gem in the heart of the village, boasting a beautiful courtyard with a stream, fire pit and meditation garden.

Just north of Carmel, in Monterey, the Cathedral of San Carlos Borromeo de Monterey (Royal Presidio Chapel) was founded by Father Serra in 1770. A fire destroyed the original adobe chapel, but it was rebuilt from local sandstone in 1794. Its beautiful stone facade has remained unchanged for over 200 years. In 1961, the Chapel was designated as a National Historic Landmark. Today, it is California’s oldest cathedral still in use. Near to both the Presidio Chapel and San Carlos Borroméo, the Martine Inn in Pacific Grove is a historic, oceanfront inn with museum-quality antiques and a carefully stocked library ranging from English classics to current gems.

Northeast of Monterey, Mission San Juan Bautista hosts the living masterpiece “La Pastorela” during the holiday season. With vivid colors and humor, this theatrical event tells the story of shepherds on a journey to find the Christ Child. San Juan Bautista is a beautiful mission with bright colors and exposed wood beams. The 1817 floor tiles reveals animal footprints from when they dried in the open air. A cat door is even carved into the blue side door in the Guadalupe Chapel. The nearby Joshua Inn is a wonderful stop after exploring the mission. Guests will enjoy the inn’s Victorian details including claw foot tubs, coved ceilings, carved balustrades and decorative moldings.

For an urban experience along the Camino Real, the famous Mission Dolores in San Francisco is a must-see. The oldest building in the city, Mission Dolores is the final resting place of some 5,000 Ohlone, Miwok, and other First Californians who built it and were its earliest members. The beautiful gardens have been planted with traditional native trees, shrubs and flowers from eighteenth century.  Inn San Francisco is only eight blocks from away in the Mission District.  It’s a grand Victorian in the heart of the city, with not only elegant rooms but a rooftop deck to take in San Francisco’s architecture and bay views.

Mission Saint Francis Solano, the last mission built along the Camino Real, in 1823, is centrally located in the town of Sonoma, surrounded by a thriving wine industry as well as lovely trails for hiking and biking. Casa Bella Inn, 11 miles from the mission, is a Sonoma County Historic Landmark. Visitors can enjoy the two-acre estate with heart-shaped labyrinth, bocce court and Veranda del Sole sundeck.

For more information on these and other bed and breakfast inns, visit www.cabbi.com. 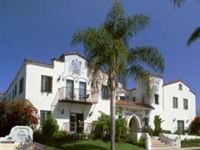 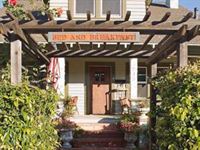 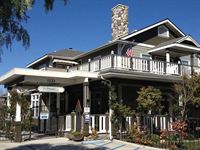 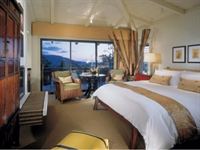 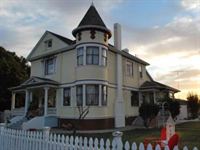 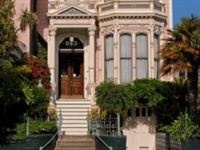