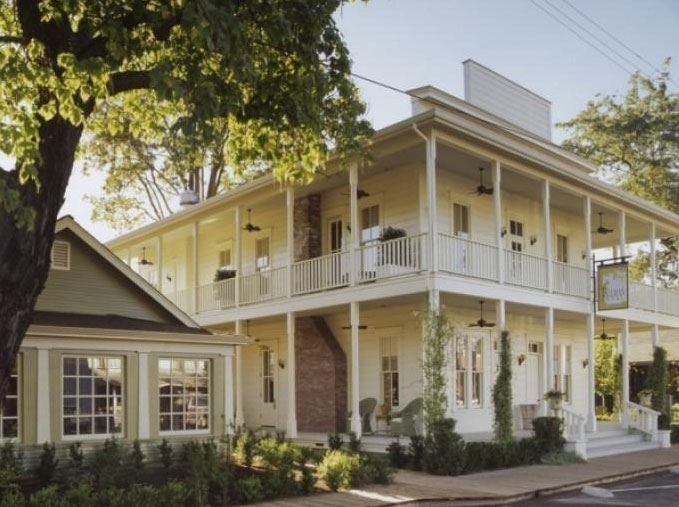 SACRAMENTO, CA [May 7, 2018]--Pioneer settlers, Gold-Rush prospectors, and other entrepreneurs have left an indelible mark on California’s history and given rise to some of the state’s most enduring hotels and inns. The California Association of Boutique and Breakfast Inns (CABBI.com) has compiled a list of some of the oldest hotels in the state—a couple of which have been in continuous or near continuous operation since the turn of the 20th Century.

In the Gold Rush town of Jamestown, the 1859 Historic National Hotel has been in continuous operation since it was first built. Stephen Willey is only the third owner of the hotel, which he purchased with his brother in 1974. The hotel’s saloon had been a place they would stop for drinks on their way back from skiing and backpacking. When his brother learned the hotel was for sale, he convinced Stephen to move to Jamestown and run the hotel for at least six months. The original six-month commitment turned into a 44-year restoration and modernization project. In 1974, the aging hotel had 12 rooms and just one bath. Working room-by-room, they tore the hotel down to the studs, upgraded the electrical, plumbing and insulation, and added baths. Instead of the original 12 rooms, the hotel now has nine guest rooms, each with private baths. The rooms feature high coved ceilings, dark-stained wood trim, and beautiful period details. The hotel’s authentic Gold Rush-era saloon features the original back bar from 1859 and a stamped tin ceiling.

Walking the wide, wrap-around porch of the elegantly-restored Tallman Hotel in Upper Lake is like stepping back in time. The Western-style hotel was built in the 1870s by one of Lake County’s first non-native settlers, Rufus Tallman. It was popular among many well-heeled travelers who journeyed by stagecoach from Sacramento and San Francisco to soak in Lake County’s natural mineral spring waters. Rufus’s daughter and son-in-law inherited the hotel in 1912 and continued running it for decades. Two owners succeeded them, but eventually, the hotel fell into disrepair. It stood vacant for 40 years before current owners Bernie and Lynne Butcher purchased the property in 2003 with the vision of restoring the hotel to its original grandeur.  They salvaged many architectural details, including the fir floors, staircases, and banisters. They introduced period moldings, tile floors, and claw foot tubs in keeping with the vintage of the hotel.  The period-perfect 17-room hotel now exudes the grace and luxury of a turn-of-the-century hotel run by a family with impeccable taste.

Built in 1849, the Groveland Hotel is one of the oldest buildings in Tuolumne County and was one of the first permanent structures in the Gold Rush-era camp then known as Garrote. The handsome adobe building is listed on the National Register of Historic Places.  The building was first used as trading post and then became the Garrote Hotel.  The hotel’s name was changed to the Groveland Hotel in 1875 when the name of the town changed. By 1914, the mining industry had lapsed into an irreversible decline and the hotel endured a number of incarnations. The hotel was purchased last summer by Doug and Jenn Edwards, who have completed extensive renovations and just re-opened the 18-room hotel in February. With a clean, modern aesthetic, the rooms feature platform beds made from distressed wood and topped with all-new memory-foam mattresses and luxurious white linens.

Entering through etched glass doors of The Queen Anne Hotel in San Francisco, guests step back in time to an opulent, bygone era.  Built in 1890, this grand Victorian rose from the wealth produced at the Comstock Lode and first served as Miss Mary Lake’s Finishing School for Girls.  After surviving an earthquake and a fire in 1906, it became an exclusive gentlemen’s club and was then later sold to the Episcopal Diocese.  By the 1970s, it had fallen into disrepair and was boarded up, only to be fully restored and re-opened as a hotel in 1980.  Today, the hotel offers 48 elegant rooms and suites with luxurious amenities, period-perfect details, and lavish Victorian charm.  Some of the rooms offer large bay windows, wood burning fireplaces or Jacuzzi tubs for two.  In keeping with the vintage of the hotel, tea and sherry is served each afternoon in the Parlor Room.

To learn more about these and other historic California hotels and bed and breakfast inns, visit www.cabbi.com.