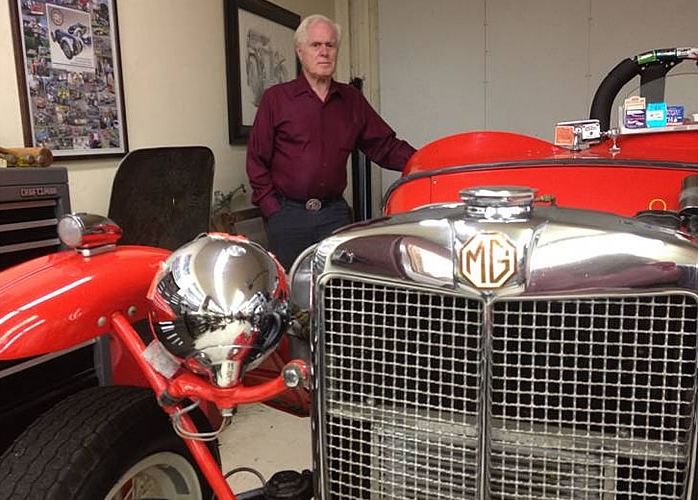 SACRAMENTO, CA [September 25, 2014]—Boutique hotels and B&B inns are known for providing an escape from the cookie-cutter hotel chain experience with one-of-a-kind properties and personalized guest services.  But some inns in California go a step further, offering unique amenities and perks and travelers won’t find anywhere else.  Below are just some of the more unique offerings at member inns of the California Association of Boutique and Breakfast Inns.

Overlooking the Monterey Bay in Pacific Grove, the historic Martine Inn also offers views of another sort: that of innkeeper Don Martine’s vintage MG sports car collection. Martine restores and races MGs and displays them at the inn.  His collection ranges from a 1932 MG D to a 1967 MG B Roadster and includes the MGTD Von Neumann Special Race Car that won the first Pebble Beach Road Race in 1950.  In addition to the MGs, the gallery also features vintage automotive art and equipment, racing trophies, and nearly 100 model cars.  The inn itself is furnished with museum-quality American antiques. Many of the rooms have fireplaces, claw foot tubs, and views of the waves crashing against the rocky coastline.

Benbow Historic Inn in Garberville has two popular, long-standing guest perks: complimentary tea and scones served each afternoon in the lobby and the complimentary cream sherry that awaits each guest in their rooms.  Since it first opened in 1926, the inn has served complimentary tea and scones daily in the English tradition.  Guests have strongly resisted changes to the original scone recipe, so the recipe has remained unchanged for over 80 years.  The complimentary in-room cream sherry is another long-standing tradition at the inn. The sweet, dark after-dinner spirit can be served over ice or on the side with a cup of the inn’s special blended coffee or tea.  The inn features an award-winning restaurant and wine cellar, outdoor summer music series, golf, driving range, pool, Jacuzzi, sport court and more.

On the Mendocino coast, a popular guest perk at the Elk Cove Inn & Spa is the “Happy Two Hours.”  Every afternoon between 4:00 and 6:00, the inn sets out an assortment of spirits, mixers, and garnishes for guests to make their own cocktails.  Cocktail recipe books are provided, along with wine and snacks.  Guests enjoy coming up with fun martinis as well as making classic cocktails.  The inn offers spectacular ocean views, private steps to the beach, and a newly-renovated day spa. All accommodations feature fireplaces, private baths, cozy bathrobes, luxurious linens, and fresh flowers from the garden.

Milk and cookies is a standard nightcap for many inns, but at the Chanric Inn in Calistoga, the nightcap features complimentary Schramsberg bubbles “Méthode Champenoise” served with decadent French desserts.  Other complimentary turn-down perks include Nespresso coffees and cappuccinos, fine teas from around the world, and chocolate truffles.  The inn is a contemporary, upscale retreat with an inviting pool, hot tub, garden patio, and massage room.  Each of the guest rooms feature original art, modern furnishings, and private baths with marble showers, stone floors, and stone vessel sinks.

For more information on these and other California inns, visit www.cabbi.com. 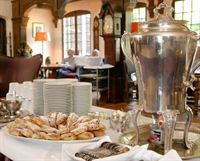 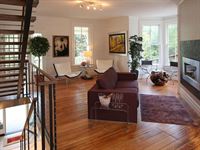