Take a trip to The House on March Lane. 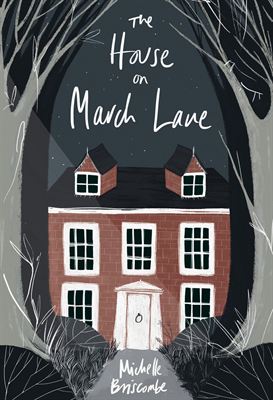 A ghostly haunting takes two friends on a detective adventure with a difference, and leads them to an unexpected discovery.

As a school teacher and mum-of-two, Michelle has developed a unique understanding of how to engage children with fiction, an insight which she weaves flawlessly into her own writing. Now, the author has added another feather to her cap with a ghost story for youngsters set both in the Victorian era and the present day -  The House on March Lane.

Michelle said: “Working with school children, and with two teenagers of my own, I’ve learnt first-hand that it’s difficult to find something different in the world of children’s fiction.”

In 2015, Michelle received a £2000 Writers’ Bursary from Literature Wales to write a second children’s book – one of just twenty-five authors to benefit from the £70,000 funding. The award, sponsored by the Welsh Government and the Arts Council for Wales, enables Welsh writers to take time out of employment for research and writing.

The House on March Lane follows Michelle’s celebrated first novel, also published by Candy Jar Books in 2013. Silent Mountain: The Adventures of Jack Jupiter was a huge success, shortlisted for the Tir na n-Og award as well as being the chosen title of the Welsh Books Council Children’s BookSlam Competition winners in 2014.

Fans of the Jack Jupiter story have since been waiting with bated breath for Michelle’s return to fiction.

“After spending so much time with Jack Jupiter, it was great to be able to meet some new characters,” Michelle said. “I’m often writing two or three stories at one time, so who knows who’ll come out next!”

The House on March Lane combines real-life issues with supernatural experiences, exploring true friendships and revealing dark secrets. The story stars the unforeseen detective duo of Flora and Archie and sees the pair set on the trail of a mystery that they never could have anticipated.

With a thrilling, fast-paced storyline shrouded in excitement and mystery, The House on March Lane will appeal to fans of Jacqueline Wilson, Anthony Horowitz, and Meg Cabot’s The Mediator series.

Shaun Russell, head of publishing at Candy Jar Books, said: “After publishing Michelle’s debut novel back in 2013, I knew that there was more to come. The House on March Lane has been a real change of pace for Michelle, and we’re incredibly pleased to be publishing her second children’s book.”

The House on March Lane is out now and is available from Candy Jar, Amazon and all good retailers (RRP £6.99).

Michelle Briscombe is available for interview as well as school and reading group visits.

Michelle Briscombe was born in Cardiff but now lives in Barry, South Wales, with her two children and husband. For the last twelve years she has worked in a primary school in the Vale of Glamorgan and has a BA in Primary Education

For all enquiries please contact Lauren Thomas at lauren@candyjarbooks.co.uk or call 02921 157202

Candy Jar Books is an award-winning independent book publisher. We publish a wide variety of quality books, from non-fiction, general fiction and children’s, through to a range of cult TV books. Candy Jar is passionate about discovering and nurturing new authors, and offering a fresh perspective on classic genres. Established in 2010, the company brings together skills in book publishing, audio and video production. 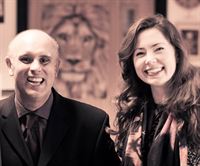