Motoring tax trap closes in on Government – but will the Chancellor act?

A TAX TRAP is closing in on the Government as the efficiency of today’s new cars threatens to starve the Treasury of revenue, according to CAP Automotive - the car information experts.

Exclusive analysis by CAP reveals that today’s most popular cars would have delivered 18% less fuel duty and VAT and a massive 58% less in VED revenues over the past 3 years than the equivalent models that were registered in 2009.

It means the Treasury is falling into a tax trap and motorists should pay careful attention to the Chancellor’s Autumn Statement on December 5 to see if he has found a way to reverse the decline.

The issue stems from the success of vehicle manufacturers in reducing engine CO2 emissions and improving fuel consumption.

CAP’s insight into the performance of new vehicles shines a spotlight on exactly how costly to the Treasury the latest cars potentially are, unless the Chancellor acts to change motoring taxation policy.

Under the fuel and VED tax regime in place between 2009 and 2012 a basket containing one each of Britain’s 10 most popular cars today would have delivered almost £5,007 less fuel duty and VAT revenue over 36,000 miles than their 10 equivalents registered in September 2009.

And the same vehicles would have cost £2,240 less to tax over 3 years.

Multiply these figures by the number of highly efficient cars that are actually registered and the reduction in revenue runs into hundreds of millions of pounds.

Drilling down to an individual example, this September’s top-selling car – the Ford Fiesta – would have cost £250 less to tax over the period September 2009 to September 2012 and owners would have paid £222 less in fuel duty and VAT than they did in the previous model.

An even more stark example of the pressure on revenues faced by the Treasury is this year’s most popular new Mercedes-Benz C Class. This would have delivered £450 less road fund license revenue over the past 3 years and a massive £1,200 less fuel duty and VAT revenue over 36,000 miles.

This particular example also highlights the impact of a general drift toward diesel, which was prompted by the introduction of CO2-based taxation. The most popular Mercedes C Class in 2009 was a petrol vehicle whereas the best seller this year is a diesel. Because diesels typically emit lower CO2 they are often chosen to reduce tax costs as well as for their fuel economy.

Mark Norman, of CAP Automotive Intelligence Services – which advises major organisations on automotive business strategy – said: “Innovations in engine design together with the Government’s reliance on CO2 emissions as a basis on which to tax vehicles have led to this problem because cars are now using substantially less fuel and emitting less CO2.

“Our analysis shows the scale of the emerging problem and the question now is not whether the Chancellor will act to stem this flow of revenues, but how. Maybe we will learn that, when he makes his Autumn Statement on December 5.

“The only realistic areas he can look at to fully address the problem are; taxing the fuel, taxing the car and taxing road use. However, taxing fuel is partially self-defeating because motorists tend to respond by using less, as we have seen over the past couple of years. Taxing the roads is a political nightmare and there is no reason to think politicians are ready to grasp that nettle.

“There is, of course, already a tax on car ownership called VED but the problem is that by encouraging the take-up of more ‘environmentally friendly’ cars the average VED paid will collapse, as our analysis has shown.

“A more sensible option, perhaps, is that the Chancellor counters the problem of dwindling VED revenues by use of a one-off ‘showroom tax’ to influence take-up of greener new cars and then work towards a more uniform VED rate for all cars after that.

“This would be unpopular among those who have already bought specific cars because they attract low-to-zero VED rates. However, if VED is going to continue to be a large revenue earner then something will need to be done.

“There is also a real emerging issue around the current VED rates on cars with high CO2, which will increasingly mean that perfectly good used cars will eventually end up being scrapped purely because they are expensive to tax, a trend which is neither sensible nor environmentally friendly.

“Clearly the whole issue is a minefield and the only certainty is that whatever option the Chancellor chooses will be fraught with difficulties and ultimately prove unpopular with motorists.”

How the tax trap is closing in

This unique side-by-side comparison reveals how a sample of today’s 10 most popular cars would generate 18% less fuel duty and 58% less Vehicle Excise Duty, under identical tax conditions, than their equivalents registered in September 2009.

The table shows fuel tax and Vehicle Excise Duty revenues generated by 10 popular car ranges registered in September 2009. These are the equivalent cars to the 10 best sellers registered in September 2012. CAP has applied VED and fuel duty to both samples over 3 years, on the basis of 12,000 miles per annum. To ensure an exact comparison, CAP has analysed both samples under one tax regime – that which applied between September 2009 and September 2012. In the case of today’s best sellers, all except one would have generated significantly less revenue for the Treasury if they had been run over the past 3 years. Note: taxation on fuel in this analysis includes fuel duty plus VAT.

Used car pricing and technical information from CAP has been trusted by motor trade professionals for more than 30 years. The company provides trusted and accurate pricing and technical information on cars, vans, motorcycles and trucks to the UK automotive industry every day. Founded in 1979 and based in Leeds (UK), CAP’s data and information systems serve clients across a broad variety of automotive-related sectors. CAP’s current used car values are used as the benchmark for residual values performance across the disposals industry and CAP Monitor is the leading residual values forecasting tool for the Contract Hire, Leasing, Daily Rental, Finance and Insurance industries. CAP’s new vehicle data system serves a broad variety of e-commerce, DMS, showrooms and asset management systems throughout the Retail, Contract Hire, Leasing, Finance and e-commerce sectors. CAP information also operates at the heart of many leading vehicle marketing websites and car sales portals, including Britain’s largest – AutoTrader – helping consumers safely make the best informed decisions about their purchase choices. 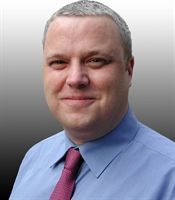