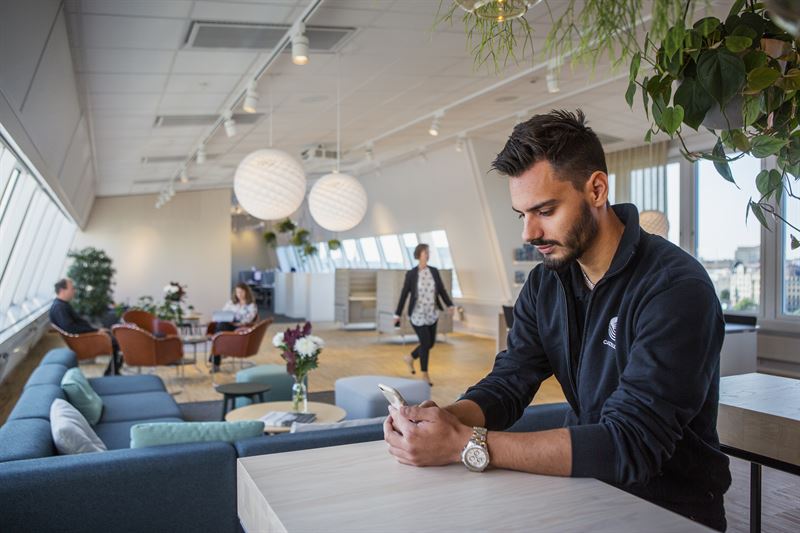 Castellum ranks first in Sweden for certifying an office workplace according to The International WELL Building Standard, level Gold. WELL is the only international building standard that factors in the well-being of people at work – taking into consideration the understated but significant factors which affect how we feel on the job.

Castellum regional office in Stockholm has been certified according to WELL - a certification based on what affects the health and well-being of people in a building. The Stockholm office has been developed with particular consideration on creating an attractive environment, including light and sound comfort, which encourages and inspires a healthy lifestyle for those who work there.

Studies show that people working in a WELL-certified premises or building increase their productivity and well-being. The latter is becoming increasingly important considering that various stress-related diseases are increasing.

"It’s been gratifying to hear that Castellum has achieved the first WELL-certification in Sweden. And the fact that we have managed this for our own office becomes an important element in fully understanding positive effects for our employees", says Henrik Saxborn, Castellum's CEO.

There are approximately one hundred WELL-certified buildings across the globe. Castellum is currently running six other WELL-certification projects, including a new building in Malmö’s Hyllie district, and is now evaluating the ability to certify all new office projects according to WELL.

Facts WELL:
The WELL certification is based on scientific research and has been developed by The International WELL Building Institute (IWBI), an independent organization based in New York. The IWBI offers the certification issued after approval by a third party. WELL codifies and appraises seven operational attributes known to affect health: air, water, light and sound as well as diet, exercise and well-being.

Castellum is one of the major listed real estate companies in Sweden. The fair value of the real estate portfolio amounts to approx. SEK 82 billion and comprises commercial properties for office, retail, warehouse and logistics with a total lettable area of approx. 4.4 million sq. m.

The real estate portfolio is owned and managed under the Castellum brand through a decentralized organization with strong and clear local presence in 20 cities from Copenhagen in the south to Sundsvall in the north.

The Castellum share is listed on Nasdaq Stockholm Large Cap.