Chalmers Ventures the top university incubator in the Nordics 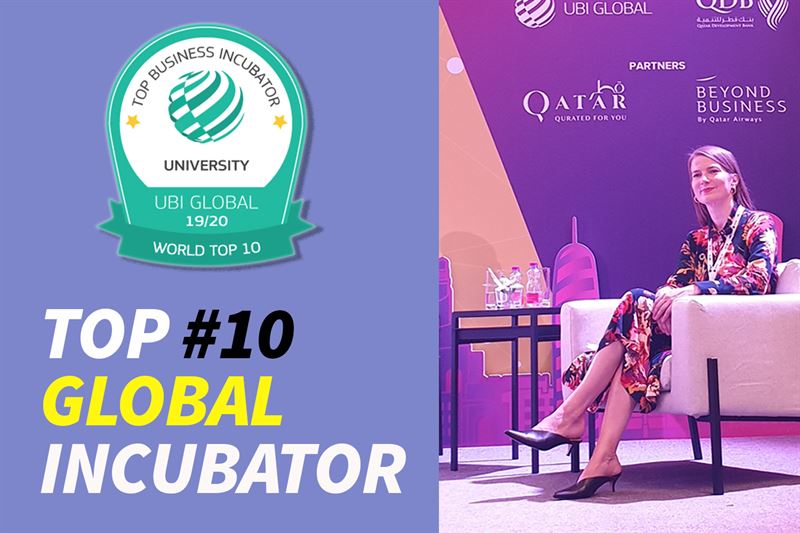 Chalmers Ventures is the top university incubator in the Nordics, and in the top 10 globally, according to the latest rankings from UBI Global. Chalmers Ventures was also praised for its effective gender equality work, and was recognised in the category ‘Most Promising – Women Founders’.

On 6 November, at the World Incubation Summit 2019 in Doha, Qatar, the top incubators from around the globe were recognised for their work in promoting entrepreneurship. The top programs outperformed their global peers with regard to the value they provide to their innovation ecosystems and client start-ups.

And when this year’s rankings were announced, Chalmers Ventures, based at Chalmers University of Technology, Sweden, was the top ranked university incubator in the Nordics – and top 10 globally.

Since 2013, UBI Global has worked to identify the factors behind successful international business incubation. Through their World Benchmark Study, UBI Global assesses and benchmarks incubation programs from around the world. This year’s edition analysed data from over 700 incubators and accelerators, from more than 90 countries. The category in which Chalmers Ventures was included represented 41% of the total field.

“We have an excellent team, and a university which really takes entrepreneurship seriously. We have the opportunity to work with incredible entrepreneurs, and some of the top companies in Sweden. They are the ones we want to help, and to do that we need to always challenge ourselves and measure up against the international elite. These results are extremely satisfying, showing that we are on the right track.”

A video introduction to Chalmers Ventures

Chalmers Ventures highly effective in its work towards gender equality

At this year’s event, the incubators were also praised for active work in other areas. Chalmers Ventures was recognised in the category ’Most Promising – Women Founders’, for its efforts to promote equality in the start-up scene, and the relatively high number of female founders among their start-ups.

“It is essential that getting more women in tech and the start-up world is strategically prioritised. The incubator world needs to be daring and brave, looking at all overarching structures and processes from this perspective – everything from ideas generation, communications, business development, and investment. There is no magic wand for equality. It's about setting clear goals and then working methodically to achieve them,” says Linnéa Lindau.

“It is wonderful to be recognised among the early leaders in this process of change. But there is still a lot more to do.”

A goal – the most entrepreneurial university in the world

Chalmers University of Technology has an express commitment to aim to be the most entrepreneurial university in the world. All students and researchers have the opportunity to gain experience and engage themselves entrepreneurially whilst at the university. As a wholly owned subsidiary of Chalmers University of Technology, Chalmers Ventures is one of the key elements of this approach.

“For us, entrepreneurship means something more. It means openness, co-creation, and flexibility – tackling real issues, trying out brave new ideas, and making a difference to the world,” says Stefan Bengtsson, President and CEO of Chalmers University of Technology.

“A top ranking in UBI Global’s list is fantastic. It confirms our status as an internationally recognised entrepreneurial university and really motivates us to continue our work in this area.”